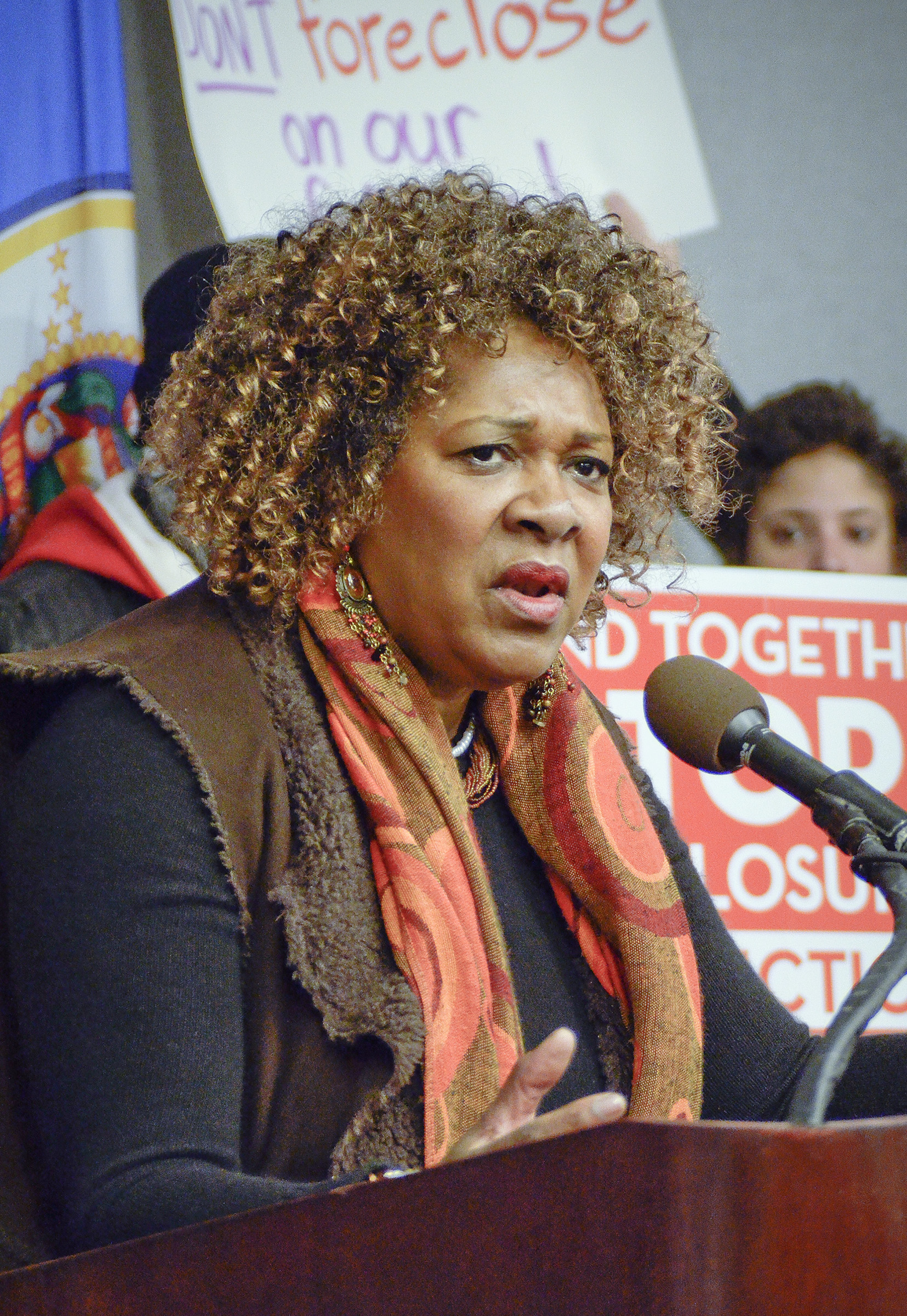 Women who asked their mortgage lenders for a loan modification, and instead had their homes foreclosed upon, testified in support of a bill aimed at increasing regulations for mortgage lenders.

HF83 would require a mortgage lender to delay foreclosure proceedings for 60 days while also considering a request from the borrower for a mortgage modification, a practice referred to as “dual tracking.” Sponsored by Rep. Mike Freiberg (DFL-Golden Valley), the bill is modeled after a Homeowner’s Bill of Rights adopted in California last year.

Rose McGee of Golden Valley gave video testimony before the House Housing Finance and Policy Committee about how she went to her mortgage lender after becoming unemployed to ask for a loan modification and while in process, the same lender foreclosed on her home.

Caylin Crawford told a similar story. Although she was up to date on her payments, she asked for help after a snowboarding accident left her off work for three months. The lender told her they couldn’t help her unless she defaulted on her loan, which she did. Consequently the house was sold, Crawford said. The fight to save her home has cost parties involved more than the $28,000 loan balance and the 24-year-old is still hoping for an amicable settlement.

“It really defies logical sense that people should be encouraged to go into default in order to go to those negotiations, but that was something that’s part of the federal legislation,” Rep. Jerry Hertaus (R-Greenfield) said.

Foreclosure is a method for lenders to recover their assets, said Mara Humphrey, vice president of government affairs for the Minnesota Credit Union Network, which represents 134 credit unions across the state. It might also be used as a disincentive tool for borrowers who might otherwise drag their feet in submitting paperwork. Dual tracking is not a widely used practice among credit unions, Humphrey added.

“The shameful part is to do the dual tracking, and have persons think that you are working with them at the same time you are taking that property into foreclosure,” Rep. Rena Moran (DFL-St. Paul) said.

The issue is not without legal precedent. The state attorney general’s office filed a lawsuit against several lenders, but the settlement only applies to lenders named in the suit. At the federal level, the Consumer Financial Protection Bureau is expected to issue rules later this month prohibiting dual tracking and requiring lenders to provide a single source of contact for borrowers.

The committee laid the bill over for further consideration. Other provisions would: require mandatory mediation, paid for by the lender; and require lenders to send active and veteran service members or their dependents a letter in advance of foreclosure proceedings regarding the homeowner’s interest rate, risk of foreclosure, and rights under the federal Servicemembers Civil Relief Act.

The bill has no Senate companion.