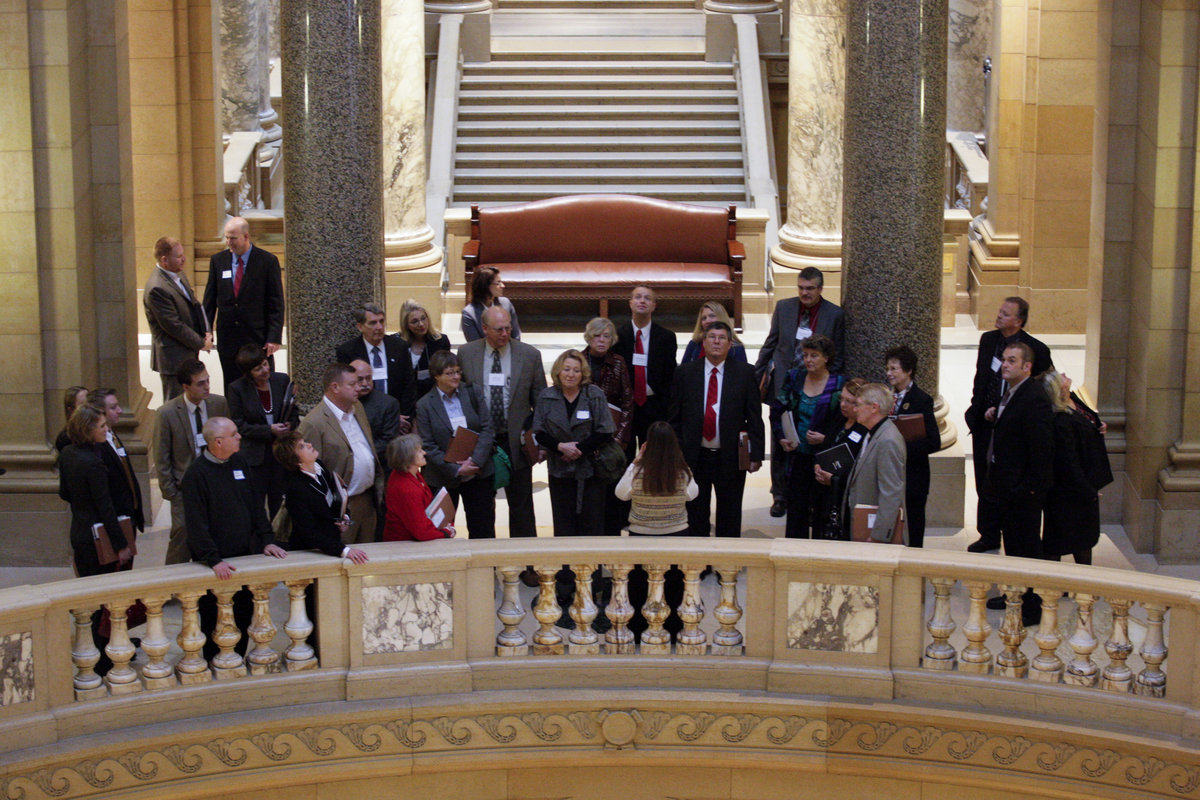 During the first year of the biennium, not only are representatives-elect getting acclimated to their new duties, but there is a lot of organizing that takes place. Office space is assigned, staff members are hired, caucus leadership is elected, and committees are organized and assigned members. Many tasks related to legislating have deadlines that are defined in the Permanent Rules of the House.

The 88th session of the Minnesota Legislature is scheduled to convene Jan. 8, 2013. Here’s an overview of the work expected to be completed before session begins, as laid out in the Legislative Information Manual, produced by House Public Information Services:

Usually within a week or two after the general election, members from each party meet on an informal basis to organize and elect leaders for their individual caucuses. Each caucus can nominate a speaker-designate (the speaker is officially elected by the members of the entire House on the first day of session. The presumed speaker is the person chosen by the majority party). The majority caucus also elects a majority leader and a majority whip, and the minority caucus elects a minority leader and minority whip. Selection of assistant leaders is done by each caucus, but the time and manner of this selection process varies from biennium to biennium and caucus to caucus.

With leadership set, the hard task of preparing for work of the legislative session really begins.

The speaker names the chairs, vice-chairs and members of each committee. Following the general election, each member may indicate which committee she or he prefers. Generally, members serve on three or four standing committees, but assignments per member can vary from session to session. Majority caucus members submit requests directly to the speaker-designate (the nominee of the majority caucus). The minority caucus members make their requests through the minority leader, who submits recommendations for minority representation on the standing committees to the speaker-designate at least 15 days before convening a new session.

Committees are balanced with respect to party, occupation and geographic area represented by the members of the House.

Due to scheduling conflicts, assignment to one committee may preclude another committee assignment.

The state constitution provides for each house of the Legislature to establish its own rules of procedure. Each biennium, the House does this by adopting the Permanent Rules of the House, which are drafted by the Committee on Rules and Legislative Administration early in the session. Until the new rules are adopted, the House adopts the rules of the previous session as temporary rules. Proposed rules can be amended on the House floor.

In addition, Joint Rules of the Senate and the House are adopted. The Joint Rules apply when the House and Senate meet together in joint convention, in conference committees and in procedural matters that must be the same in both houses.

Click here for a slideshow from New Member Orientation 2012.