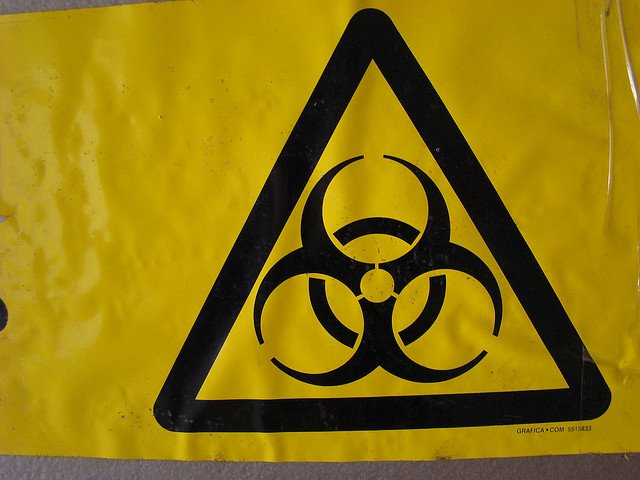 As Ebola rages on, Minnesotans are shipping massive containers filled with hundreds of thousands of meals, facemasks and gloves to areas overseas affected by the deadly virus.

And back home, they’re also working to eliminate stigmatization and educate Minnesotans about the disease.

Members of the Brooklyn Park-based Minnesota African Task Force Against Ebola, a group formed by West African community leaders, are facilitating outreach on the virus. The group also recently teamed up with local nonprofit Matter to send supplies to countries affected by Ebola.

Mike Muelken, Matter’s international program director, said they have already sent more than $400,000 worth food and items like sanitizer, IV solution and hospital
supplies. He said they’re especially focusing on sending aid to Liberia because the price of food there has gone up substantially since the crisis,

MATFAE member Abdullah Kiatamba said the group has received a lot of support from the community since it began its efforts this summer, but he worries that a lack of knowledge about Ebola could loosen their strong base.

“When people don’t understand the virus, their reactions to communities whose countries are affected will be negative,” Kiatamba said. “People think they have been exposed to a disease by their African neighbors.”

Local West African business owners say at task force meetings that they’re worried the public’s lack of knowledge about the virus could affect sales, he said.

One Brooklyn Park restaurant, MaMaTi’s African Kitchen, may soon have to close its doors due to a drastic loss in revenue this fall.

“People are afraid of getting Ebola from the word ‘African’ food,” said co-owner Tara DeWeever. “It’s been a rough fall.”

But she said she’s hopeful the public’s concerns will soon pass and that the three-year-old business will stay open.

“We still have hope there,” DeWeever said. “We’re praying to the Lord to open doorways for us, so hopefully with some new blessings that come in, we’ll be OK.”

To stop more businesses from suffering, Kiatamba said, MATFAE is working to educate the community on Ebola by hosting information sessions, town hall meetings and by visiting schools, churches and Islamic centers.

Kiatamba said the task force is urging members of the West African community to avoid traveling to Africa.

Both the non-profit and MATFAE intend to continue working with community and city leaders to collect and send more supplies to ailing West African nations, Muelken said.

“As members of the human race, I think we should all be committed to helping our brothers and sisters in Africa,” he said.