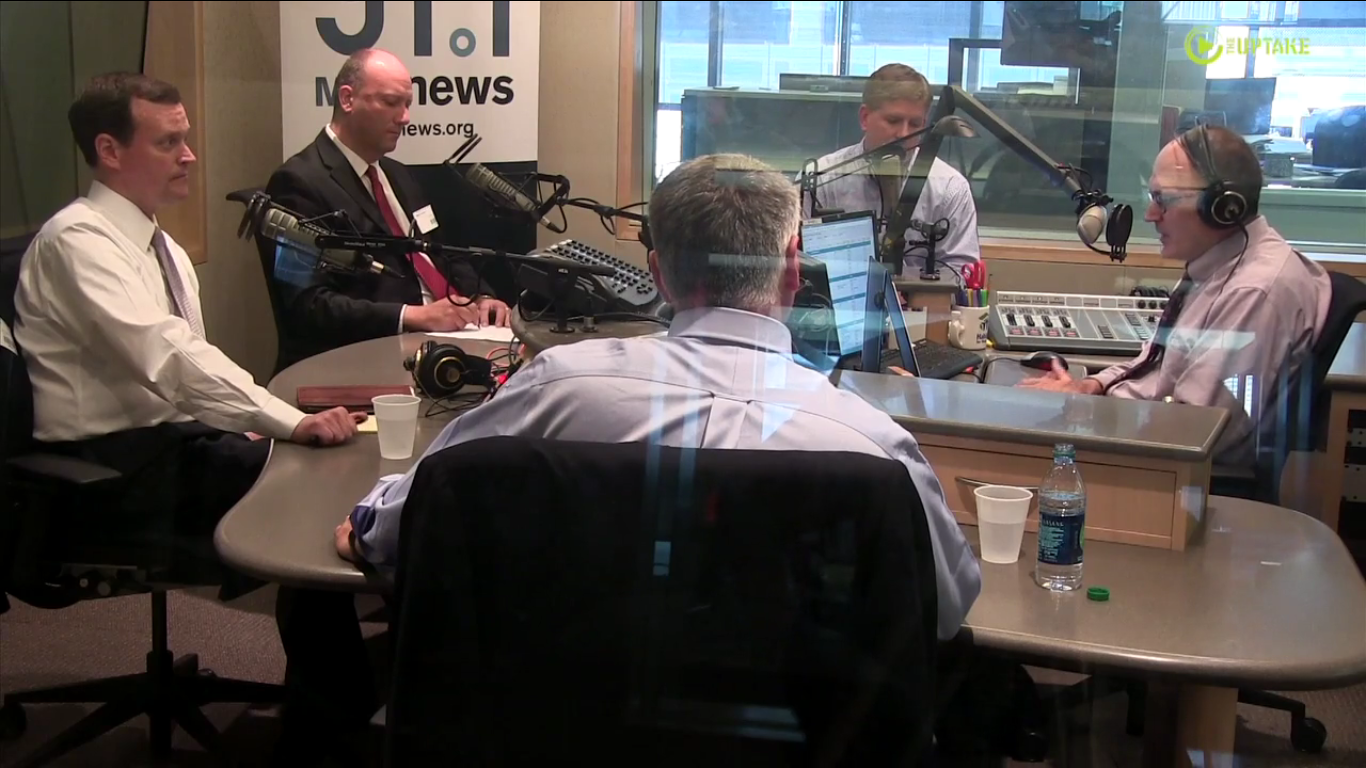 With less than two weeks remaining before the primary, Republican candidates for Minnesota governor are doubling up on debates. Wednesday was a “doubleheader” for the candidates with a noon debate at Minnesota Public Radio and an evening debate at a conservative talk radio station. The UpTake was at both locations and has complete video of the debates.

MPR reporter Tim Pugmire says the candidates are starting to sharpen their attacks on each other. However, for both debates candidates spent most of their time repeating the talking points they have honed on the campaign trail.

Below: Media quizzes the four candidates after the MPR debate

Second debate of the day at Twin Cities News Talk: (three of the four candidates. Marty Seifert was unable to attend, but a statement from him is read)