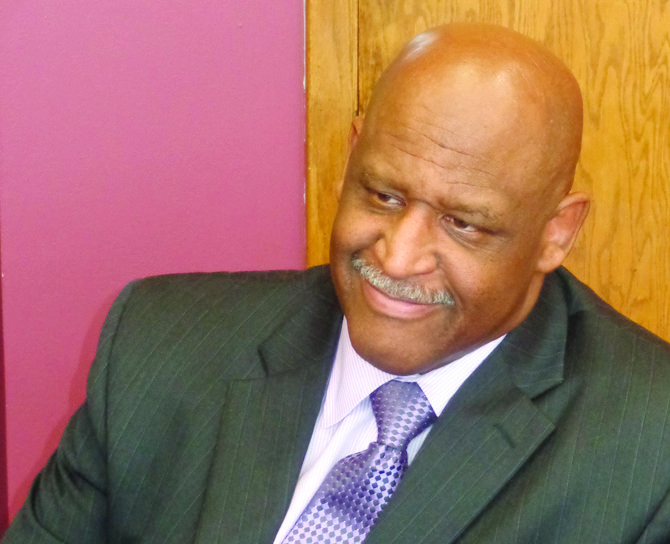 “I think the one thing that links most of my career in public service has been some type of advocacy or support for communities of color and low-income communities,” says Gregory Gray, looking back at his many years of life and service in the public sector. Gray’s service has included stints with the Minneapolis Urban League, the Minnesota House Minority Caucus, Community Action of Minneapolis, and the Legislative Commission to End Poverty By 2020, as well as working with former Minnesota State Representative Neva Walker on immigration issues.

Gray is currently serving as the chief compliance officer for the Minnesota Department of Human Services. At Human Services, Gray said, “I head up both the legal department — the internal audit department, our appeals area, our contracts and procurement department, the ethics office, the privacy office — and regulatory areas that hopefully keep the agency on the straight and narrow in terms of abiding by policies and procedures.

“But at the same time, since I serve on the senior management team there, I get to have some influence over policy on those areas that I care about, whether it’s health care, issues relative to welfare, a variety of issues that still impact low-income neighborhoods and communities of color.”

One effort of which Gray appears to be particularly proud is the report issued by the Legislative Commission to End Poverty By 2020. “It’s probably the most interesting, and in some ways, the most important work that I’ve done in state government, because it’s an issue that transcends race. It transcends geography,” Gray stated.

“We found that there is really a balance of poverty. Everybody thinks poverty’s in the city. But in fact, there’s a balance between poverty in the city and poverty in suburban areas in greater Minnesota. There’s this balance that people don’t realize.”

The commission submitted its findings to Urban Institute, a research outfit out of Washington, D.C. who, Gray said, “analyzed a lot of the recommendations that we had and quantified what impact they would have on poverty. For the year-and-a-half we worked on the report, I think we made significant headway.

“We fostered an environment where Republicans and Democrats all realized that it’s for everybody,” Gray continued. “We need to come up with significant ideas and solutions on how we move forward. There were some really powerful recommendations in that report that are moving forward through the legislature.”

It has been reported recently that Minnesota State Senators Jeff Hayden and Bobby Champion will co-chair a nine-member bipartisan Select Committee on Disparities and Opportunities to pick up on Gray’s commission’s findings and develop a plan of action to bring to the legislature. “Whatever recommendations they come up with, I’ll be looking forward to seeing them actually enacted into law and not just talked about,” said Gray.

Of Gray’s current work with the Department of Human Services, he said, “Right now, I’d say the most important thing that I’m actively involved in is something called the Olmstead Plan. The Olmstead Plan is almost like civil rights legislation for people with disabilities. It ensures that they have access to communities as opposed to institutions.

“To me that’s exciting. It’s like the Civil Rights Acts that removed segregation for African Americans. Now we’re moving on and looking at ways we can provide those same types of rights and opportunities for people with disabilities.”

Gray does see retirement looming: “In a couple years hopefully I’ll be retired — at least from day to day. What I mean by ‘retirement’ would not be playing golf, not sitting home watching Oprah. Retirement would just free me up to do the things I enjoy doing most — research, which would be working on policy issues.

“A lot of it would still be related to communities of color and the low-income,” Gray said. Issues revolving around energy as they affect those communities also hold great interest for Gray as ways to stay busy in his “retirement.”

Asked if he thought retirement would afford him any sort of “elder statesman” status in view of all his years of work, Gray laughed and said, “When I think about elder statesmen, I think about Matt Little: just a class act, a guy who was just an exceptional person throughout his life [and] continued to do important things. For that ‘elder statesman’ role, he would be the model that I would be trying to emulate.”

Looking back at his life and career, Gray said, “I feel truly blessed. I’m happy with what I’m doing. I’m happy in the environment where I’m working. I’m thankful for the past, for the opportunities I’ve had. And I’m excited about the prospects for the future.