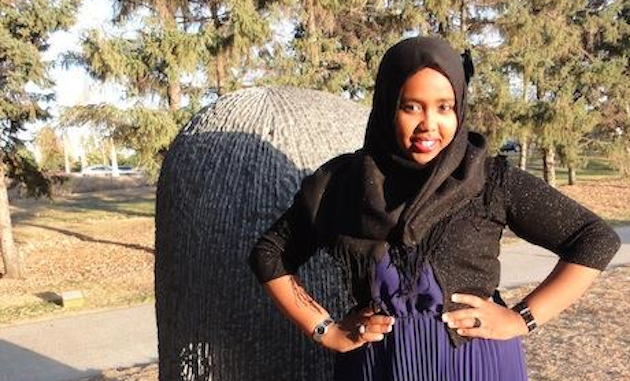 Choosing a college is a bit like doing a balancing act on a tight rope. Students weigh factors such as the quality of the program, its location and size and cost, with factors such as the availability of scholarships, financial aid and loans all playing in to the decision-making process. For Saida Mahamud, deciding to go to the University of Minnesota after graduating from South High School had to do with taking advantage of in-state tuition, and taking advantage of internship and research opportunities available at a large university in an urban center.

Luckily, because of Mahamud’s academic success in high school, she won a scholarship from the Wallin Education Partners, in addition to an academic scholarship from the University. Mahamud will be working on campus while she double majors in biology and global studies with a minor in either Spanish or Arabic.

She will need those scholarships because the cost of college has risen dramatically, even at public institutions such as the University of Minnesota.

According to a college cost comparison provided by MNSCU, the cost of tuition and fees (but not room and board) in Minnesota was as low as $4,906 last year at Anoka Ramsey Community College and $5,072 at Lake Superior College. At the other end of the spectrum, tuition and fees ran as high as $43,693 for Macalester or $44,445 for Carleton College.

So while the University of Minnesota may not be cheap, it’s a more affordable option than going out of state, and less than many private trade schools such as Brown College, which costs $17,100 or Minnesota School of Business/Globe College, which cost $19,125 (not including fees). Tuition and fees at Minnesota’s private colleges and universities were more than $30,000 last year, with two exceptions being Bethany Lutheran College at $23,140 and Concordia University in St. Paul $29,700.

It’s a lot to think about, but now that her decision is made, Mahamud just wants to focus on her studies, and make the best of her education.