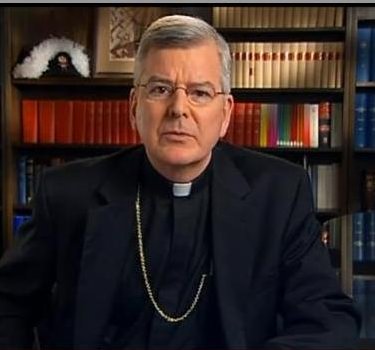 The investigation of alleged cover-ups of child sexual abuse in the Archdiocese of St. Paul and Minneapolis has brought a flurry of court documents which reveal some details of Archbishop John Nienstedt’s war on gay marriage. In one case, the Archdiocese allegedly considered having a priest labelled disabled to silence his support of marriage equality.

Father Michael Tegeder of St. Francis Cabrini and Gichitwaa Kateri has been an outspoken critic of Nienstedt’s assault on LGBT rights. He was sharply critical of the anti-gay marriage amendment that was on the ballot in 2012.

He was so outspoken, Nienstedt threatened to remove him from ministry.

“If you choose not to offer your resignation, but continue to act openly or speak publicly about your opposition to Church teaching, I will suspend your faculties to exercise ministry and remove you from your ministerial assignments,” Nienstedt wrote to Tegeder in a letter in November 2011.

But behind the scenes, Nienstedt was considering other measures to silence Tegeder. According to an affidavit by whistleblower Jennifer Haselberger, Nienstedt has the authority to label a church employee as disabled:

However, both the Archbishop and Mr. Haws would be aware (as would others) that the determination of who is considered disabled under the terms of the Priests Pension Plan is the exclusive prerogative of the Archbishop. It is a matter for his prudential judgment. Furthermore, there are no restrictions on the Archbishop’s designation- no medical diagnosis is necessary, and it need not correspond to, for instance, a similar designation by the Social Security Administration. In other words, not only is the Archbishop qualified to evaluate who can be classified as disabled, he ís the only person who can make that evaluation.

I can personally attest that the Archbishop was aware of this fact, because I wrote at least two memos to him on this subject between 2010 and 2011, at the prompting of Father Laird, who wanted the Archbishop to declare Father Michael Tegeder disabled as a means of silencing his opposition to the Archbishop’s efforts to promote a constitutional amendment prohibiting same-sex marriage

“It’s laughable. … That’s the most ridiculous thing I’ve ever heard,” Tegeder told the Associated Press. “It’s like Soviet psychiatry. They send you away to some re-education camp,” he said.

Haselberger also said that lax record keeping resulted in the accidental shredding of campaign finance documents related to the anti-gay marriage amendment:
For instance, at Archbishop Nienstedt’s instruction, his secretary, Deb Thielen, was in the practice of retaining certain documents and correspondence in a box beneath her desk, which would then be shredded after a certain amount of time passed. After several incidents where documents were destroyed that were later found necessary (one being, if I remember correctly, related to the funding for the Marriage Amendment and the investigation by the Campaign Finance Board), that practice was ended and everything of the Archbishop’s was retained.

Archdiocese staff tried to fix the problems with record-keeping but there wasn’t the available money to hire staff, in part because of spending on the anti-gay marriage amendment:

One of the goals of the plan she developed for updating our records storage was the digitalization of all clergy records. One of the ‘selling points’ of that effort was that it would allow us to respond to discovery requests within twenty-four hours. Despite the development of this plan, and general agreement that the records management program needed to be updated, my efforts to move forward with it were thwarted by Father Laird, who continually reneged on his promise to provide adequate staff and funding and, eventually even refused to allow us to replace staff lost to retirement. This was taking place during the same period of time in which Father Laird was renovating several areas of the Chancery, expanding the Communications department, and when the Archdiocese was donating considerable amounts of money to the effort to pass a constitutional amendment on marriage’