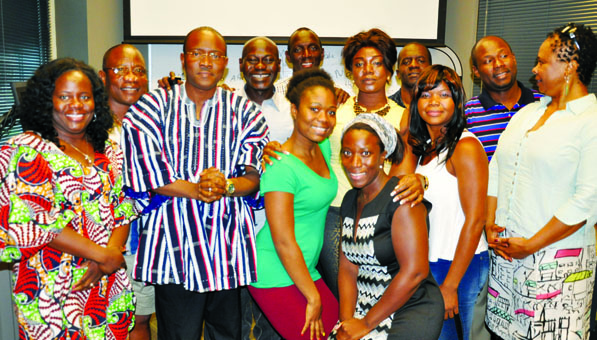 (Photos by Issa A. Mansaray) Members of the African community after forming the Minnesota African Taskforce Against Ebola on Aug. 5

As the number of Ebola cases in West Africa continue to increase to more than 2,000 according to the World Health Organization (WHO), the Minnesota African Taskforce Against Ebola, formed by the African community on Aug. 5, is gathering medical supplies and equipment to ship to West Africa.

“We are also recruiting more than 200 nurses and medical volunteers to send to West Africa,” said Wynfred Russell, the Minnesota African Taskforce Against Ebola communication and media representative in Brooklyn Park. He added that the volunteers would choose which country they want to render their services to. The taskforce, he said, will gather all volunteers on September 30 for briefing and training before they depart to the West African nations.

The number of countries affected in the region has also increased to five that include Guinea, Liberia, Sierra Leone, Nigeria, and a recent case of an Ebola patient in Senegal. A lockdown in Liberia last month and in Sierra Leone this week hasn’t helped the situation either. The measure has been criticized by Médecins Sans Frontières (MSF), the medical humanitarian group known by its English name as Doctors without Borders. MSF said it could encourage people to conceal their relatives infected with Ebola.

WHO has announced the sum of $100 million to help solve the outbreak in West Africa. There is pressure for researchers to come up with a vaccine. There is some promise of a vaccine for Ebola being tested in animals, and currently medical laboratories in the U.S. and Britain are seeking human volunteers to test recently developed vaccines. The major problem for the slow vaccine development for a disease showing sporadically in poor populations is that there is not a lot of economic interest to invest in vaccine products for outbreaks such as Ebola, according to medical experts.

Though the incubation period for Ebola is said to be 21 days, many are concerned that it may take more than that period after contact with an Ebola patient’s bodily fluids. This has been a major source of concern as people in West Africa touch and wash corpses, and take care of their sick relatives.

“We are engaged in the awareness [campaign] of what Ebola is, and how we can guide those who are travelling from Minnesota to Sierra Leone, to Guniea to Liberia, what they should be careful of,” said Abdullah Kiatamba, chairman of the Minnesota African Taskforce Against Ebola. “Because, if you contracted Ebola, when you come back that could lead to stigmatization that the community is infected, and it will lead to alarm and strife [for] many people.” 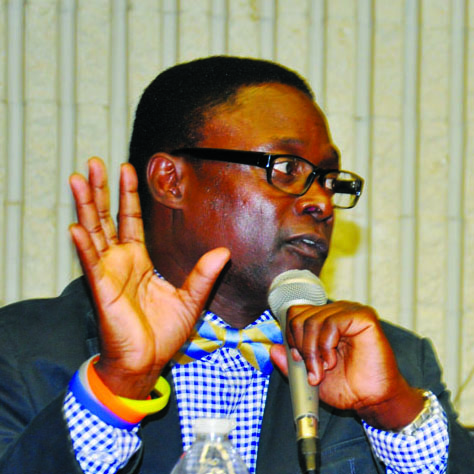 At the moment, the campaign is to bring together different organizations and people affected in Guinea, Liberia, Sierra Leone and Nigeria. The taskforce members said their work and commitment is being supported by Minnesota Department of Health and community organizations. The formation of the task force also helps in the humanitarian effort from the diaspora in providing gloves, sanitizers, and personal protection gear. There is a current drive for food to send along with medical supplies.

According to members, the task force would seek resources and information materials that could help people to raise awareness in West Africa. The health facilities and hospitals still need basic medical equipment and supplies, and personal protective equipment for sanitation officers. In Sierra Leone and Liberia nurses and doctors have been infected as they work in unsafe environments. At the same time, local people are afraid of foreign medical workers and it has made things more difficult to control Ebola.

“On a daily basis there may be more than a million calls from Minnesota to other countries,” Kiatamba told the MSR, also explaining that the community is really disturbed and there is hysteria “because things are happening so fast and the capacity in these three countries — Guinea, Liberia, [and] Sierra Leone — to contain these virus and disease has not been as effective as everybody would have wished. It has created some sense of hopelessness.”

Those present at the formation of the task force believe it will highlight the problem in the mainstream media and generate international support and attention. Also, the task force is engaging local schools and colleges with information about Ebola, and that people from West Africa are not carriers of the disease.

In recent months, the U.S. government sent 50 health experts to help contain the outbreak. The WHO also hosted a conference and the allocated $100 million will be used to help correct some of the emergency gaps that existed in the health system in the three countries. The African task force promises to engage in community awareness about what happened in Nigeria and Liberia, and those who are travelling to take all the precautions necessary.

“When they hear that those who are supposed to be protecting people — the doctors — cannot protect themselves, people start to think about their relatives [in West Africa]. If the gatekeeper cannot protect the gate, then those inside are not protected,” said Kiatamba.

The task force members said they are working on how to frame the narrative of events, as Ebola is now an international issue. Its immediate concern is how to send supplies to West Africa and support the process of containing the deadly virus.

The task force has held several meetings and is currently conducting information sessions, collaborative discussions, and working groups that focus on messaging, relief, and coordinating with all different organizations and community leaders.

“It is beyond boundaries,” said Kiatamba. “It could affect anybody.”