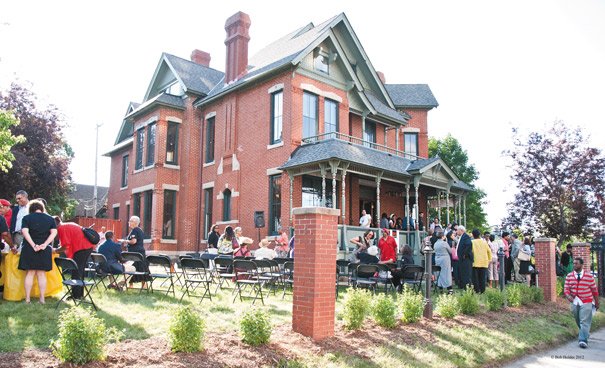 Along a stretch of museums and other points of interest in Minneapolis sits a beautiful Victorian mansion at 1700 3rd Ave. S. that houses the Minnesota African American Museum (MAAM).

Though the site houses the Minnesota African American Museum (MAAM), in many ways the museum is homeless as the 1884 built structure is uninhabited due to a fight between the museum and a contractor that has walked off the job and placed a lien on the property. This, on top of a promised $1 million bond that has since been denied, leaves the building in disrepair and far from being visitor ready.

According to one of the museum’s founders, the project got off to a roaring start, raising nearly $1 million in less than a year. Givens said in addition, MAAM secured a matching $1 million bond from the state, which should have put the project in full swing, but when a dispute with the contractor arose midway through renovations the work stalled and left the building in near shambles, non compliant with code and MAAM out of nearly $800,000 and owing the contractor another $800,000.

Givens said the main contractor – chosen because of its willingness to subcontract to the minority owned Tri Construction – was slow to complete tasks and the work that was completed was sub par.

Insight News has reached out to the contractor, but is not naming the company in order to give the company adequate time to respond to the allegations.

Adding to the woes, the matching bond that was believed to have been secure has since been held up and four and a half years since MAAM’s inception the main building on the property sits with exposed electrical, unfinished plumbing and vulnerable to the elements.

“(The contractor) jumped ship and walked off the job in September of 2012,” said Givens. 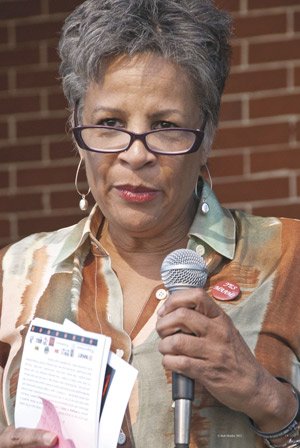 Givens (right) said the contractor was owed money, which was supposed to have been paid with the money from the matching state bond – the bond that the state never made good on.

“Hennepin County is in charge of the bond and initially they said they can’t release it because there was a mortgage on the place, so we bought the building,” said Givens. “Then the county said well you spent the initial money you raised so that means you have to come up with more money (before releasing the promised bond). Our funders have been very generous and patient (in waiting for the museum to open), but the building looked better before any renovations. We’ve put $700,000 into this project and we have nothing to show for it.”

All the while, the state’s residents are being deprived of this cultural institution that is ready to tell the grand history of the state’s African-Americans, says Givens.

“The whole premise of MAAM and its future exhibitions is built around one question. That’s a question Dr. W.E.B. Du Bois asked 100 years ago – ‘Would America have been America, without her Negro people,’” said Givens. “MAAM’s mission is to bring forth the authentic answer to that and more; however with a Minnesota, regional perspective. What would Minnesota and the world be without its very own Fredrick McKinnley Jones, Francis Wheaton, Cecil Newman, Archie Givens, Sr., Fredrick McGee, Lena O. Smith, George Bongo … Harry Davis?”

What is next for MAAM is a bit unclear. Givens said the museum is in talks with the county and the state to release the once-promised bond it is hopeful to reach some resolution with the contractor to get the workers back on the project. But with the passage of each day the job gets bigger. Because of the openings left in the building, rodents such as squirrels and others are becoming a problem and money that could have been used elsewhere has to be used for extermination said Givens.

Givens said what is clear is that she and others will not rest until they see the completion of MAAM. In the mean time, MAAM is using the site’s carriage house to host smaller exhibits and community meetings.

But nearly five years into the project and the main building at 1700 3rd Ave. S. remains vacant.