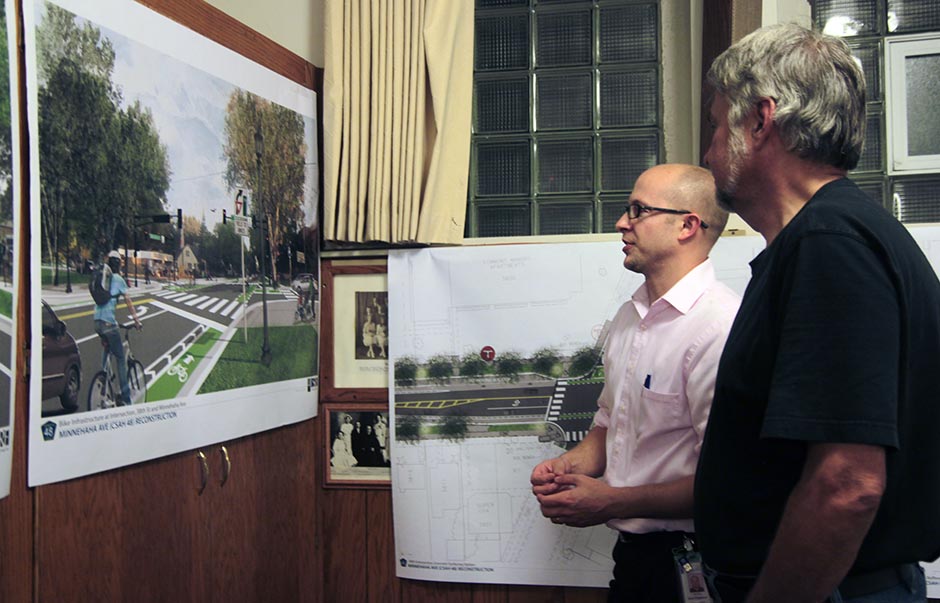 Hennepin County has decided to recommend that a bike lane, and not a cycle track, be installed on Minnehaha Avenue. County staff presented the updated plan to residents at two meetings held on September 30 and October 2 in Longfellow.

The decision between a cycle track or a bike lane for Minnehaha Avenue has been a hot-button issue this summer, with cycle track advocates questioning the methodologies used by the County. “In the end, this is engineering judgment by the licensed professionals that will sign this plan,” said Craig Twinem, the project’s lead designer, at the Wednesday evening meeting. “These guys are smart and they stand behind this plan, and I stand behind it…. We are not against cycle tracks, the County feels that cycle tracks are not the best option for Minnehaha.”

County staff noted that 81 percent of crashes between vehicles and bicycles occur at intersections. To prevent these crashes, the County is considering several options that would help make intersections safer for cyclists, including a “bike box.” a designated area for cyclists to wait at intersections, bike lanes with green paint that would alert cyclists of an upcoming intersection, updated traffic signals, and signs alerting drivers to yield to bikes.

While bike advocates did acknowledge that the bike lane plans were well designed, some still expressed disappointment that a revised cycle track option — based on feedback from earlier meetings — was not presented. Spokes director Sheldon Mains commented, “The bike lane looks like it could be one of the best bike lanes in the city.” He added, “We’re missing a great opportunity…. I teach new immigrants how to ride bicycles, and the constant comment I hear is, ‘I’m not going to ride on a busy street because paint won’t stop a car.’ If we want to get a lot more people biking, we have to provide facilities…to get those people biking.”

Nick Peterson, a project engineer, explained that the decision to recommend a bike lane was reached after multiple conversations with national experts and research. “Each individual corner was studied, and that’s at a preliminary level…. There’s a lot of detail that went into this.”

Hennepin County will be presenting plans to the Minneapolis City Council this November. Construction is scheduled to begin in 2015. 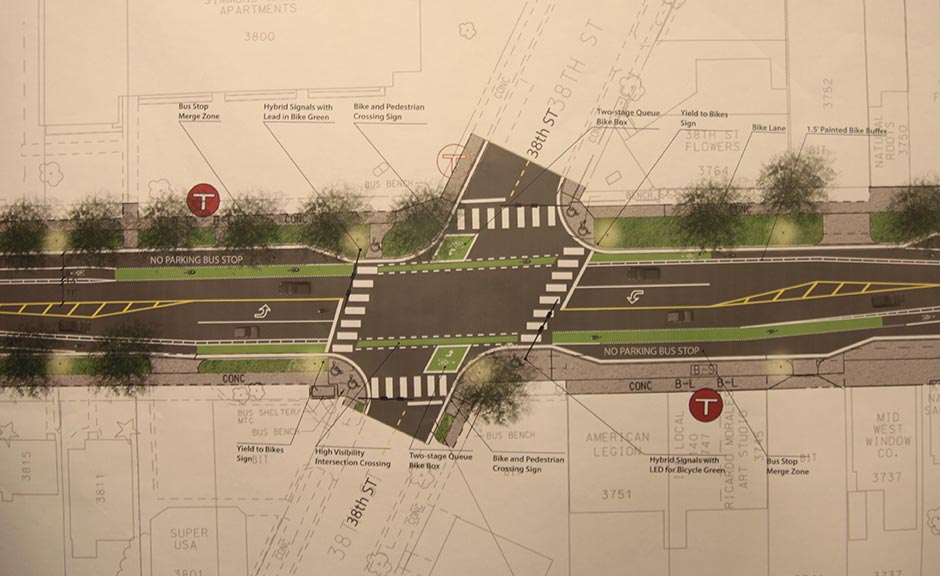