Both meetings started with presentations by Nick Peterson from Hennepin County and CJ Fernandez of LBH. They were followed by an open forum – a time for attendees to voice concerns and ask questions. While some of the questions were answered at the meeting, Hennepin County plans to address the more in-depth questions online as well as at the next community meeting (not yet scheduled). 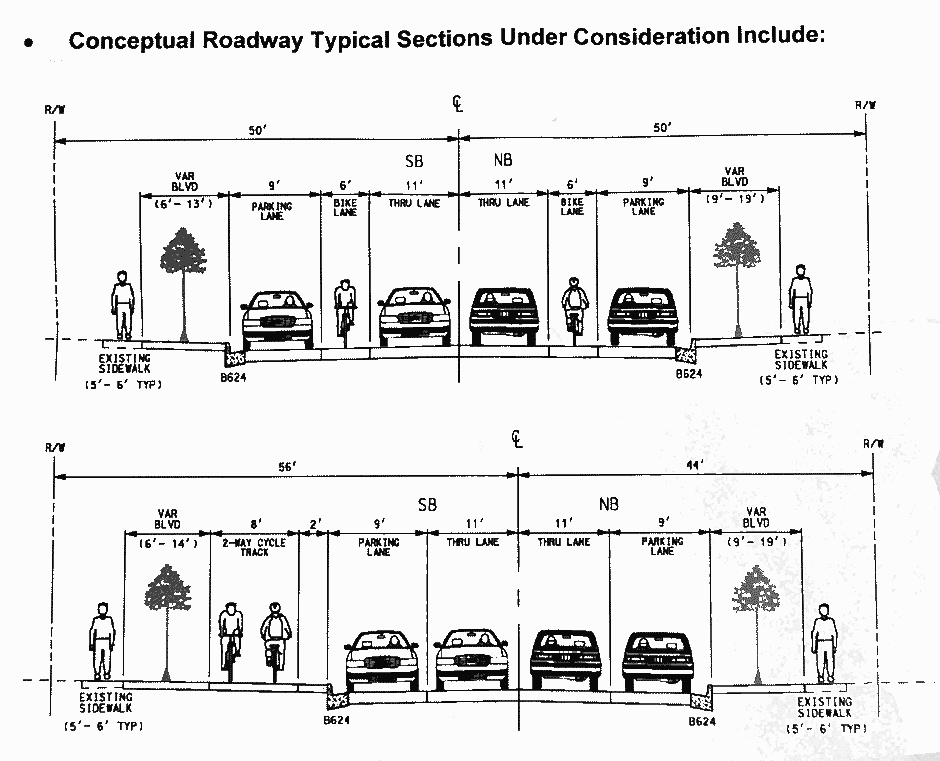 The County recommends that bike lanes be installed on the roadway due to the number of intersections and visibility issues. The County believes that pedestrians and cyclists would not be as visible with cycle tracks. The most recent bike crash report from the City found that 81% of crashes happened at intersections and that a significant portion of the crashes were due to limited visibility. The County also recommends bike lanes because of the impact that the cycle track would have on parking and the trees.