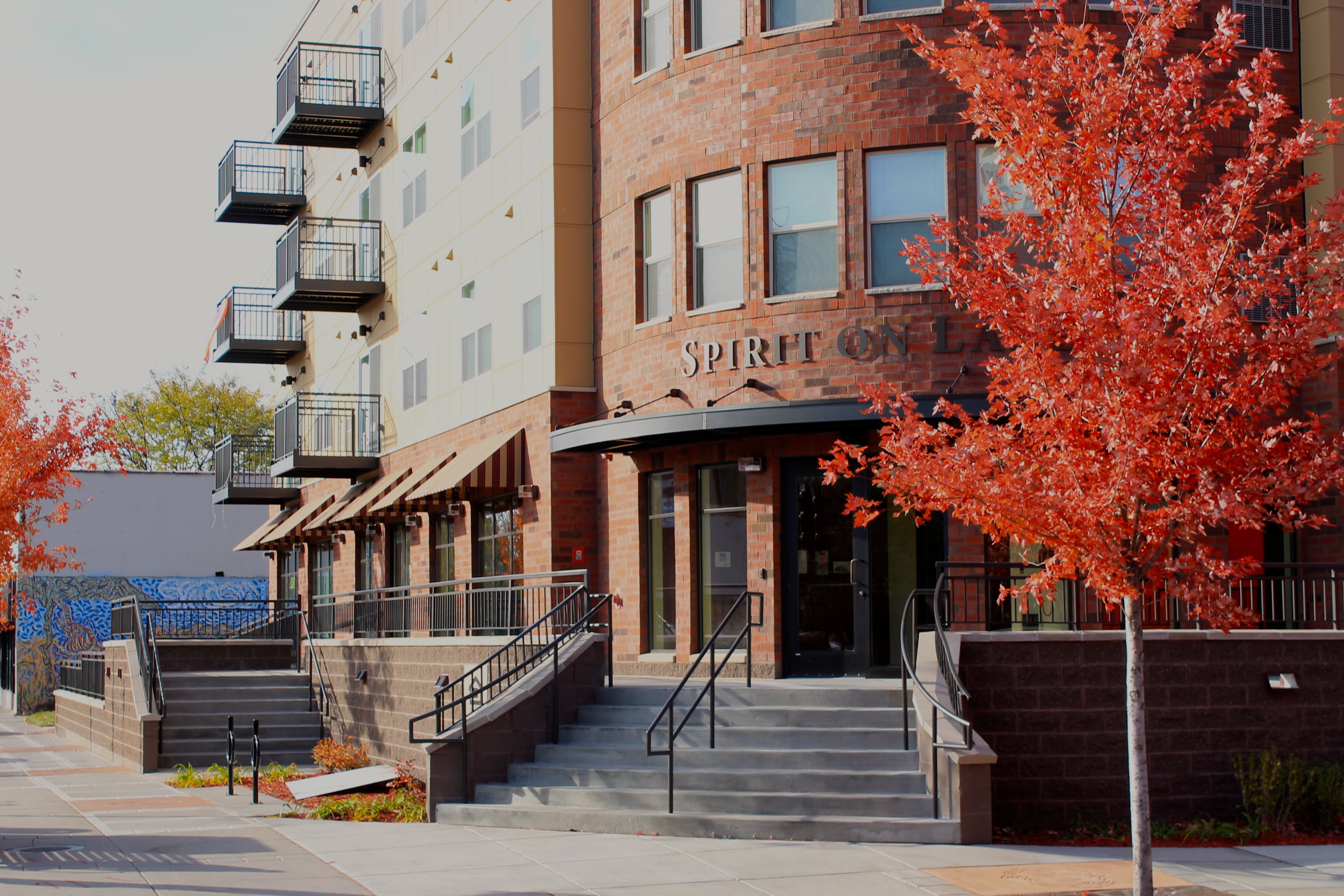 Friends and supporters came out in force on October 30, to celebrate the opening of Spirit on Lake, Minneapolis’s first GLBT affordable housing complex.

The 46-unit apartment building, located on 13th Avenue and Lake Street, which officially welcomed residents at the beginning of September, will provide affordable housing and a supportive community for the city’s aging GLBT community.  The development is believed to be the second of its kind nationally, after Hollywood’s Triangle Square,

The building also will serve as the new home for the Quatrefoil Library, one of the country’s few libraries to specialize in gay, lesbian, bisexual and transgender materials.

“Our target is 70 percent GLBT residents,” said Kathy Wetzel-Mastel of PRG Inc., the non-profit developer who spearheaded the project.  “But the building will serve primarily as affordable rental housing, you don’t have to be GLBT.”

The idea for the project started nearly eight years ago through work done by the Living Table United Church of Christ (formerly Spirit of the Lake UUC) and its partner organization, GLBT Generations, an advocacy group for aging gay, lesbian, bisexual or transgender people.

“For many older GLBT, there is a great deal of fear around safety and security, especially when it comes to giving up some of their independence,” says Barbara Satin, director of GLBT Generations.  “Often times nursing homes and assisted living facilities are places where they’ll go back into the closet because of they feel a lack of control and vulnerability.”

While the younger generations of GLBT have grown up in a far more tolerant atmosphere, with great progress being made in Minnesota over the last couple decades, this has not always been the case.

“You can’t even imagine the level of discrimination [in the past],” said resident Russ Lovasson.  “When I was younger it was different, I was exiled from church, I couldn’t find housing, I was let go from work for having HIV.  Having a place where your very being is no longer a reason to be rejected but accepted is great.”

Past discrimination and intolerance has had a lot to do with it, says Satin.  Poverty and instability can become serious problems for GLBT people as they age, uncertainty surrounding new neighbors and caregivers can make taking advantage of social support networks difficult.

“I was probably the first person to move in,” said another resident, Bruce Sikkema.  “I spent the last year in a nursing home… and you have no idea how much that sucks.  Soon as I had the opportunity I jumped.”

A 2013 report by the National Gay and Lesbian Task Force concluded the older generation of GLBT people are more at risk than most other aging demographics.  Over the course of a lifetime, disparities in access to competent health care, wages, and opportunity have lead to higher rates of poverty and some of the worst overall health among aging GLBT.

When it comes to most senior living facilities the staff and other residents don’t understand the issues, said Satin.  Spirit on Lake will be a community where people can help support each other, especially older GLBT persons.

For more information check out Spirt on Lakes website.