The Star-Tribune recently ran an op-ed about teacher quality in the Minneapolis Public Schools. There is widespread agreement – including within teachers’ unions – that teaching quality is vitally important to student learning in school, particularly for students of color and students from low-income backgrounds. This op-ed, however, made several misleading statements that ought to be corrected concerning placement of teachers in the Minneapolis Public Schools. 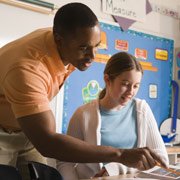 The op-ed asserts the following: “When teaching positions open up because of resignations, ‘excessed’ teachers whose positions have been cut, along with other teachers on staff, have preference for the available positions, according to seniority.” This inaccurately suggests that resignation-created vacancies are filled by seniority alone.

Now let’s go to the contract [all emphasis added]:

– Article XV, Section A (“General: Rules for the Transfer Process”), Rule 1: “All vacancies generated through the budget tie out process will be posted in the spring. This includes newly created positions and vacancies generated as a result of retirements, resignations or reassignments….”
In other words, the following process covers what happens in case of resignation.

– Article XV, Section A, Rule 7: “… Each site interview team shall include at least one administrator and two teachers…and will be selected by the principal….”

– Article XV, Section A, Rule 19: “The interview pool for each position will include the top five (5) senior applicants and five (5) other applicants to be selected by the site interview team, based on the alignment of the candidates’ experience and credentials with the requirement of the position.”
The op-ed mistakenly attributes the 5 & 5 split only to “truly new positions,” when in fact it applies to resignations, etc.

– Article XV, Section A, Rule 27: “… Through a consensus process, the interview team will identify the top three (3) candidates in order of priority. If the team is unable to reach consensus, the principal will make the final decision….”

Presumably, if it was a matter of pressing need for a principal to control this process, they could appoint themselves to the interview team and refuse consensus unless everyone agreed with them. Then, either way, they’d get to make the call. They could also appoint a different administrator who they trust, with the understanding that consensus is not to be reached unless the rest of the team agrees with the principal’s proxy.

In real life, however, I suspect the team’s consensus lines up pretty well with the principal’s judgment more often than not; any competent principal would make sure the team reflects their preferences, right? While I can’t speak to every case, I imagine this process operates without significant controversy most of the time.

In addition, the op-ed writer assumes that principals on their own would do a better job picking teachers than they do with the current interview teams. With all respect to the many good and great principals in MPS, the district’s recent difficulties don’t inspire confidence.

It’s also something of a non-issue in a process where half the interviewees for many openings can be alternatively certified teachers. (Actually, more than half when they stay in the classroom long enough to gain seniority.) For right now, at least, the alternative certification piece is also a bit of a red herring. There just aren’t enough alternatively certified teachers in the Minneapolis Public Schools to shift the balance of teacher quality one way or the other, even assuming significant differences existed one way or the other.

I don’t see what’s so wrong about a system that respects teaching experience, gives a fair shot to current teachers who aren’t as experienced, and expects principals to work with their staffs to fill vacancies in their schools. This op-ed seems more like a venting of dislike towards the teachers’ union, which is simultaneously predictable and disappointing. Blaming the unions is one of the primary ways of expressing frustration at how difficult it is to increase educational equity. The number of struggling, non-unionized charter schools and the quality (or lack thereof) of the school systems in many non-unionized states should be enough to call that into question.

There’s a lot of work to do in achieving equity for students from low-income backgrounds and students of color. Teachers’ unions should be partners and allies in that work, not scapegoats.