“Eighty-two percent of [Minneapolis] households have access to the Internet,” explained Minneapolis Information Technology Chief Information Officer Otto Doll on the 2012 “Minneapolis Community Technology Survey” results. “But that 18 percent that doesn’t [have access] represents close to 30,000 households. If we could spread all of those households out evenly across all those [estimated 18,000 public access sites, such as libraries and city parks], we still could only give an hour a week of time per household on the Internet.

“That really presents a challenge to the City,” Doll continued: “Do we have the ability to [get] people online who don’t have a computer that is connected to the Internet?” 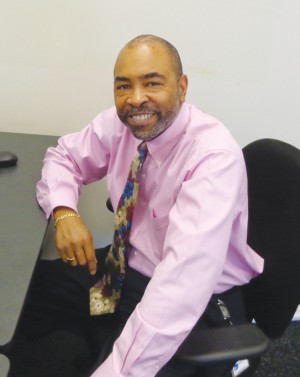 The survey also confirmed the following three-part premise, said Doll: “Number one, people have to have some computing capability and access to the Internet. They have to have a degree of digital literacy, i.e. their ability to use that technology to be able to take advantage of the Internet. And then finally, if people are to really embrace the digital society, they have to see a value proposition that really justifies them spending the time and the money in order to participate online.”

According to Steve Kelley of the University of Minnesota’s Humphrey Institute, cost still plays a huge role in the local digital divide, especially for low-income residents, where even basic Internet access can be costly. “There is very little competition” as City residents have USI Wireless, the citywide wireless network, Comcast or Century Link as the only local Internet choices, he noted.

Having a computer and Internet access has become a necessity, stated NorthPoint Health and Wellness Development Director Patrick Wilson. “I would say it is essential for people to continue to improve their computer digital skills and knowledge, because in society there is nothing you can do anymore without having a higher and higher knowledge of how to use computers.

“There are very few job applications that aren’t online,” Wilson pointed out. “You have to know how to navigate these things…most importantly, know how to find things. The benefit of having a computer lab and having a computer…it’s not to get on Facebook or see the latest in entertainment, but to further your career [and] job skills.”

This also applies to today’s students, added U of M Business and Economic Development Director D. Craig Taylor. “If they are going to succeed in the classroom, they have to be able to have access to computer technology and the Internet. A lot of their homework and the research they do for their homework are done on the Internet using computers.” 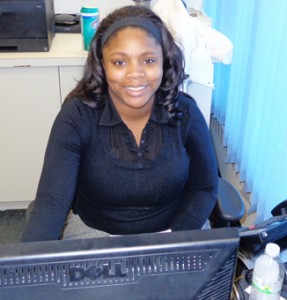 “It is used very, very frequently,” said Alecia Howard-Fogg, a NorthPoint administrative assistant, last week in reference to the site’s computer lab, one of several Community Technology Centers that Doll described as “scattered across the city.”

“We offer computer classes, résumé help, and do a lot of one-on-one help with people,” Howard-Fogg explained. “If you want the help, we will give it to you.”

The lab is open daily from 9 am to 5 pm and has one full-time staffer and two volunteers. Wilson says NorthPoint took over the operations of the computer lab from the U of M in January 2012.

“What’s different about our lab as opposed to going to the library is that you have a staff person,” Wilson explains. “So if you have a question or get stuck, there’s somebody right there. I think that has been a huge draw. The traffic that we’ve received in our lab has shot up pretty quickly, and I think that speaks to [the fact] that there is quite the digital divide in this community.

“There are peaks and valleys,” Wilson continued, “but I can’t remember a time when there wasn’t somebody waiting to come in at 8:45 [am] — usually one person, sometimes two — and I know that at five o’clock or 5:15 sometimes we always [have] got to tell two or three people, ‘It’s time to wrap it up.’ We usually average 500 visits per month,” said Wilson.

Since last July, 1,242 students have participated in 121 computer classes at U of M’s Urban Research and Outreach Engagement Center (UROC)’s computer lab, which is located around the corner from NorthPoint. “Nine out of 10 classes are full and packed,” remarked Taylor.

UROC also has a computer refurbishing program. “We have a number of different partners throughout the community — corporate organizations, nonprofit organizations and public organizations — that donate computers to our program,” noted Taylor, who added that participants must attend three classes and volunteer in the computer lab “before we give them a computer. We also provide some light tech support… If one of the families or a kid takes the computer home and has some problems, they can bring it back and we’ll fix it. We are doing all of this for free.”

Taylor reported that around 200 computers have been handed out since July of last year, and he predicted that could double. “Close to 400 or so computers” will be provided as well as 1,800-1,900 participants in the UROC computer classes by this July. Taylor, Wilson and Howard-Fogg all believe that the two Northside computer labs are helping to close the area’s digital divide, but are not themselves enough to solve the problem.

“It would take a lot more of these labs to make a dent,” admitted Howard-Fogg. “I don’t know how much [the NorthPoint lab] has helped close it, but I would definitely say that it has helped. Our availability is closer than the library for some people, and the hours that we are open.”

“The resources and not just the lab itself help narrow the digital divide,” concluded Wilson, adding that making sure that community residents are aware of the lab also is important. “The high usage shows that there is a need.”

The entire 2012 Minneapolis Community Technology Survey can be read on the City’s website at www.minneapolismn.gov.