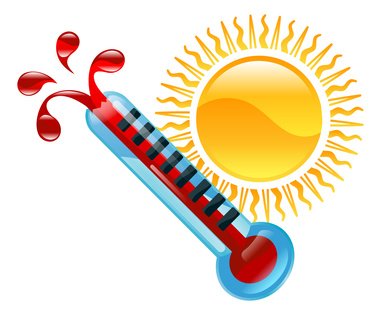 UPDATED 7:45 p.m. – Parents said that promised water bottles didn’t get to Loring Elementary School in north Minneapolis, despite the heat wave that sent temperatures soaring to a record 98 degrees on the first day of school for Minneapolis Public Schools. The 2013-14 school year began Monday, August 26, for Minneapolis Public School students in grades 1 – 12 and was scheduled to start Tuesday, August 27, for ABE and Wednesday, August 28, for kindergarten, pre-kindergarten, ECFE and High Five students.

Stephanie Pichner, who volunteers in the school, commented on the Minneapolis Public Schools Facebook page:

Your decision to start school today was irresponsible. My son’s classroom is easily 100 degrees right now. You can’t get hot and sweaty children to sit still, trapped in a classroom and call that getting an education. But at least my mind is at rest knowing that the administration and those in charge of making these decisions are nice and cool in their air conditioned offices. My child is getting treated no better than a dog in a locked car with the windows cracked. And you don’t even have the guts to respond to people’s comments on this issue. A sign that you either don’t care or know you’re in the wrong … and still don’t care.

Many other parents posted similar comments on the district’s Facebook page. Minneapolis Public School officials did not respond to Daily Planet questions about lack of water bottles in schools today. MPS released a statement at 7 p.m. saying, in part:

Minneapolis Public Schools (MPS) will operate on a regular schedule on Tuesday, Aug. 27. Parents have the option to keep their children home if they feel necessary. …

Building engineers monitored classroom temperatures throughout the day and school nursing staff members reported any heat-related incidents as they occurred. Industrial fans owned by the school district have been distributed to schools. …

St. Paul schools begin next week, with K-12 students heading back on Tuesday, September 3, and kindergarten and pre-K students beginning one week later on Monday, September 9.