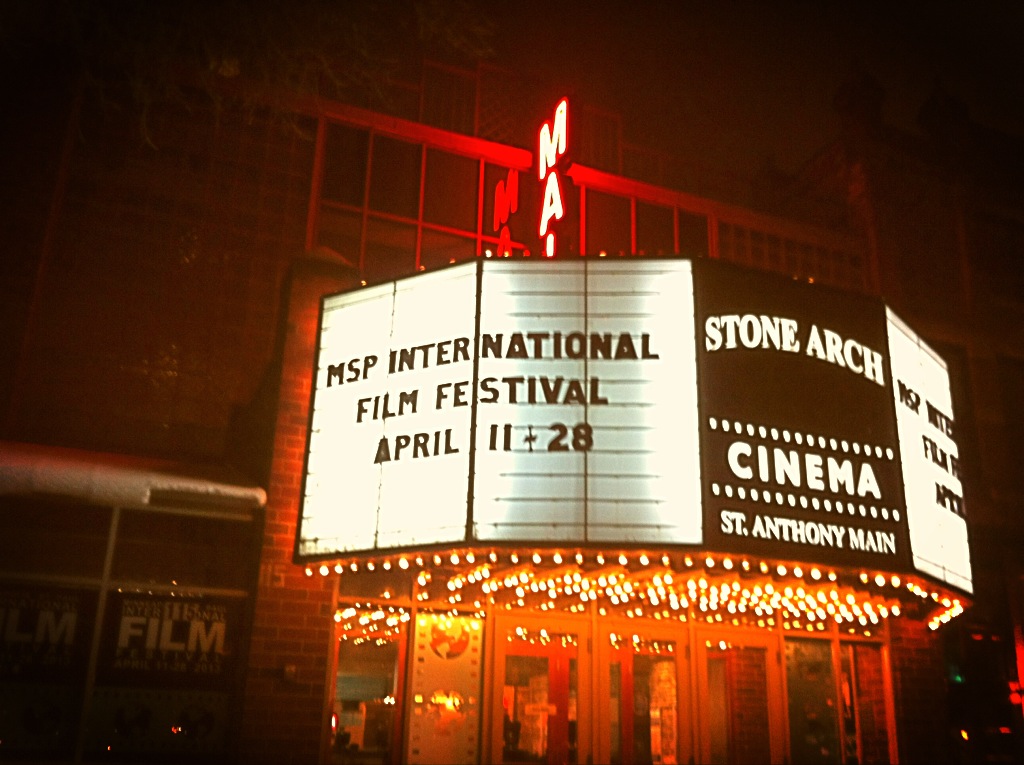 The festival continues until April 28.  Get the program here.

Tonight was sold out in two theaters – well, almost – a few less intrepid audience members bailed, likely a weather related decision. The opening film, The Angel’s Share directed by  Ken Loach was shown with subtitles to help the audience understand the thick Scottish brogue.  In a clip at a whiskey distillery we hear the words “buckie”, “bevy”, “flogging the bung” and about the “angel’s share” .  She explains that every year about 2% of the whisky (sic. Scottish spelling mind you) just evaporates into thin air, that lost spirit, gone forever is “the angel’s share.”  Is she referring to the youth, who may also be lost forever?  Hope hovers through the movie, leaving you uncertain at the end. This movie is likely to be in theaters, so you’ll have a chance to see it.

Loach is known for his naturalistic, realist style of storytelling – gritty, working class, real life situations. MSPIFF  hosted his frequent screenwriter Paul Laverty. They often use  the Italian neo realist tradition of using local non-actors in their films. In this short Q&A clip, Laverty talks about casting Paul Brannigan in the movie.

After two rounds of Q&A , the guest and moderator were able to join the party going on at the Aster’s new party room.  Board members, filmmakers, and the staff of the Festival. Mysteriously missing was the illustrious Al Milgrom. Anyone know where he is?