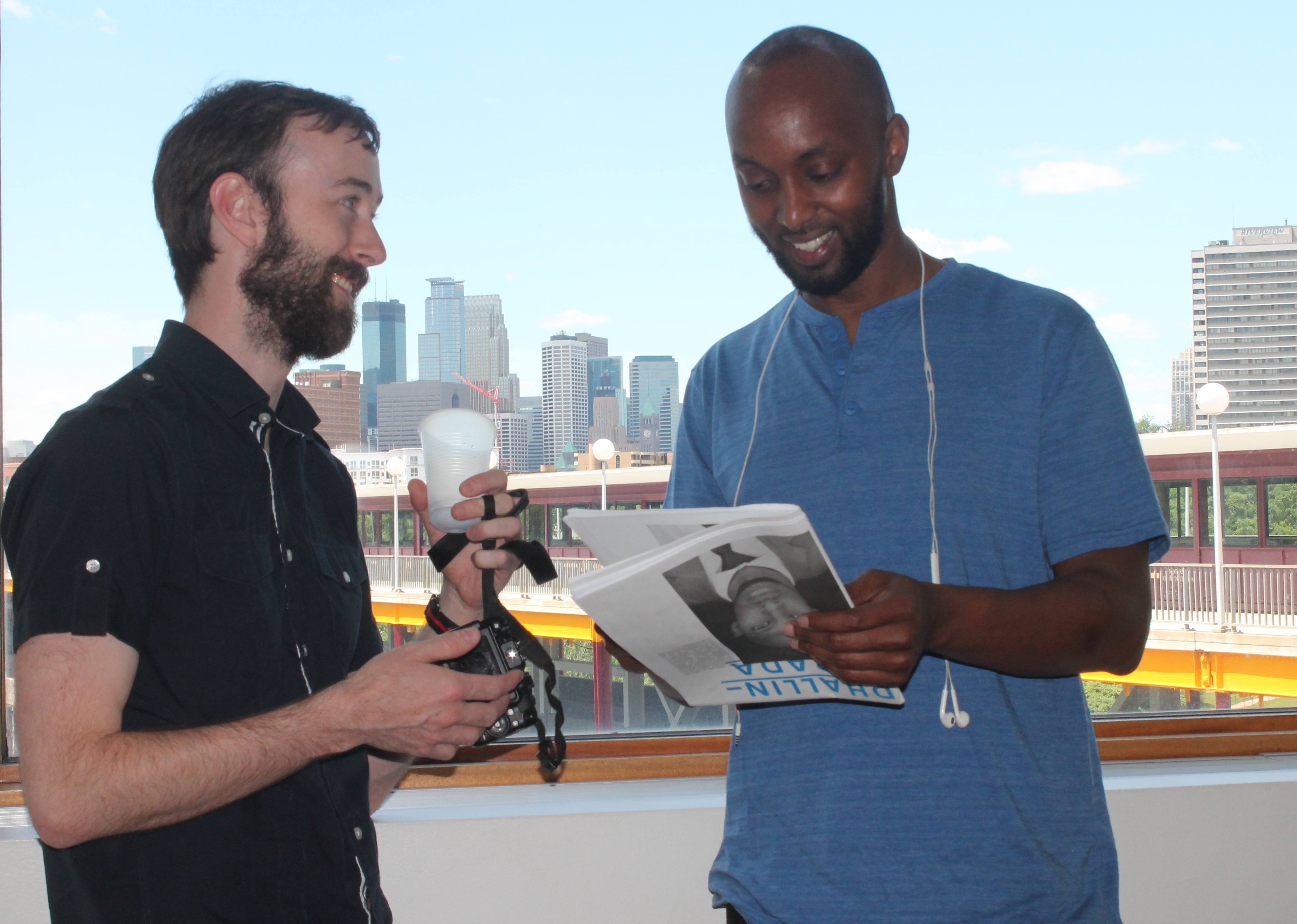 “The Youth/Dhalinyarada” project, which consists of portraits and a short video narration of both the success and challenging stories of 13 Somali-American men, was among the featured exhibits at the June 16 Community Day at the University of Minnesota’s Weisman Art Museum.

“This project highlights the contributions these men are making in America,” said Mohamud Mumin, a photographer and the man behind the project. “The subjects of these photographs share the conflict they feel in just trying to be themselves. As much as they try to adapt, they often feel foreign at home, here in Minnesota.”

The men featured in “The Youth/Dhalinyarada” include community activists, young professionals, artists and athletes.

Mumin added: “The project explores their journey from Somalia to America, how they are engaged in their community and what it means to be young, Muslim, and Somali-American [living in Minnesota].”

To those at the event, it was a chance to meet some of the men and ask Mumin questions about the project.

Abdi Farah — well-known as “Abdi Phenomenal” — is one of the men in the project. He’s a Twin Cities spoken word artist, youth activist and an actor.

Abdi Phenomenal took to the microphone, reciting a spoken work entitled “More Than Heroes,” which is about the challenges and hopelessness the Somali youth are facing.

In a poem, Phenomenal sent a message about how some of the Somali youth are “confused” with their “dreams broken” and have “no choice but to sell their dreams for a token.”

He continued reciting the poem, encouraging the youth to take the right path: Hope. Peace. Freedom.

Kaamil Haider, a University of Minnesota graphic design graduate, is another Minneapolis man, whose story is documented in “The Youth/Dhalinyarada.”

“I’m lucky to be selected as part of this project,” Haider said. “There is so much negativity in the media about Somali men. But Mohamud wanted to change that image, and because of that, I really wanted to support this.”

Brian Wiley, assistant professor at the University of Illinois, who works with Mumin on the project, said he learned a lot about the community through the project.

“When I first started working with Mohamud, I had really no reference to anything on Somali,” Wiley said. “You kind of learn things through the news, but it’s been an entirely different experience working side-by-side with Mohamud.”

The “Youth/Dhalinyarada” will be showcased July 13 through February 9 next year at the Weisman Art Museum.