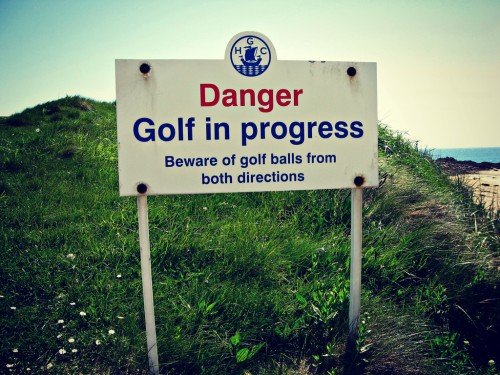 Nevertheless, the Minneapolis Park and Recreation Board (MPRB) runs six golf courses. Once upon a time, these courses made money, but those days are gone. The MPRB recently got a report from a Golf Convergence, a consulting firm, that contained some stark truths. Since 2000, the number of rounds played at public courses has plummeted 46%, and the courses need $14 million dollars of renovation just to maintain the status quo. To turn things around, the report said the Park Board would have to spend $34.5 million on the courses.

Minneapolis should try to get out of the golf business.

It’s not that I think that everything should be left to the free market. I love parks and libraries! Sometimes public ownership make sense. But for a lot of things, private ownership is the best system, and people should pay for what they use. An activity should be subsidized (or taxed) in proportion to how it benefits (or harms) bystanders.

And what are the external effects of golf courses? The vast, manicured lawns are nice to look at, but the herbicides, fungicides, pesticides, and fertilizers wreak havoc on other vulnerable organisms (sometimes humans). They use a stupefying amount of water. The 2.5 billion gallons of water used each day to irrigate the world’s golf courses is more than enough to support every person in Asia. The external benefits of the beautiful courses are mostly captured by the folks who own nice homes nearby. Municipal golf courses are good for golfers and nearby property owners, and bad for pretty much everyone else. This is all to say that it doesn’t look like golf courses’ net effect on society justifies a subsidy.

It’s not about being pro-golf or anti-golf. This is how the consultants at Golf Convergence framed the issue:

“To what extent should a governmental entity subsidize the leisure of a recreational asset that is utilized by less than 15% of the population whose average age is 41.5 years of age, who have median household income of $85,800, and 80% of which are Caucasian?”

What a nice, pointy question! But the economist in me wants to pare down the question to something like this: “When should we use city-owned land for golf and not something else?” A thrifty response would be, “If and only if using the land as a golf course is more valuable than any alternative.”

It’s important to consider all possibilities. If you just look at the revenue and expenses of a golf course, then you’ll only see part of the picture. When we choose to devote land to playing golf, we’re giving up the profit that would come from the best alternative. That’s what economists call the opportunity cost of a venture. Even if the city golf courses were financially sustainable, we might be leaving money on the table if there were a better use for them. 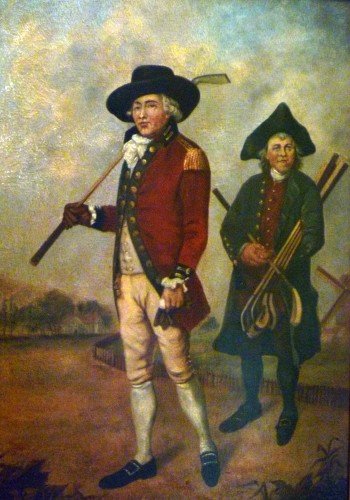 So in order to understand the real cost of maintaining expansive, expensive, pseudo-public parks, we have to consider what else we could be doing with the property. How about building homes, offices, shops, restaurants, bars, churches, small parks, and schools? If you hadn’t heard, Mayor Hodges wants Minneapolis’s population to grow to 500,000. “Where are all these people going to go?” the skeptics have asked. “Have you noticed these big chunks of empty city-owned land?” I reply.

Some courses could even be sites for transit-oriented development. Of Minneapolis’s six public golf courses, three are within a half-mile of planned or existing train stations. Meadowbrook is pretty close to the proposed Louisiana station of the Southwest LRT, the Blue Line extension has a planned stop at the Theodore Wirth course, and the Fort Snelling Course is right next to a Blue Line station.

How feasible is this? I’m not sure, to be honest. I have no experience in the financial or legal aspects of selling public land. But for Minneapolis to grow, we need to choose which of the barriers to growth we push against. Do we remove some freeways and rebuild a few city blocks? Do we relax zoning codes to allow taller towers? Do we change our tax structure to discourage surface parking lots? All these ideas have merit, but it sounds like it would be easier just to sell a golf course or two.

Minneapolis has a history of subsidizing sports until it hurts. I get that. But if Minneapolis’s interest in providing an “entry door” to an unpopular sport trumps its resolve to become a more vibrant city, I might as well quit this whole urbanism thing and join the winning side. Maybe the Twin Cities Badminton Club needs a lobbyist.