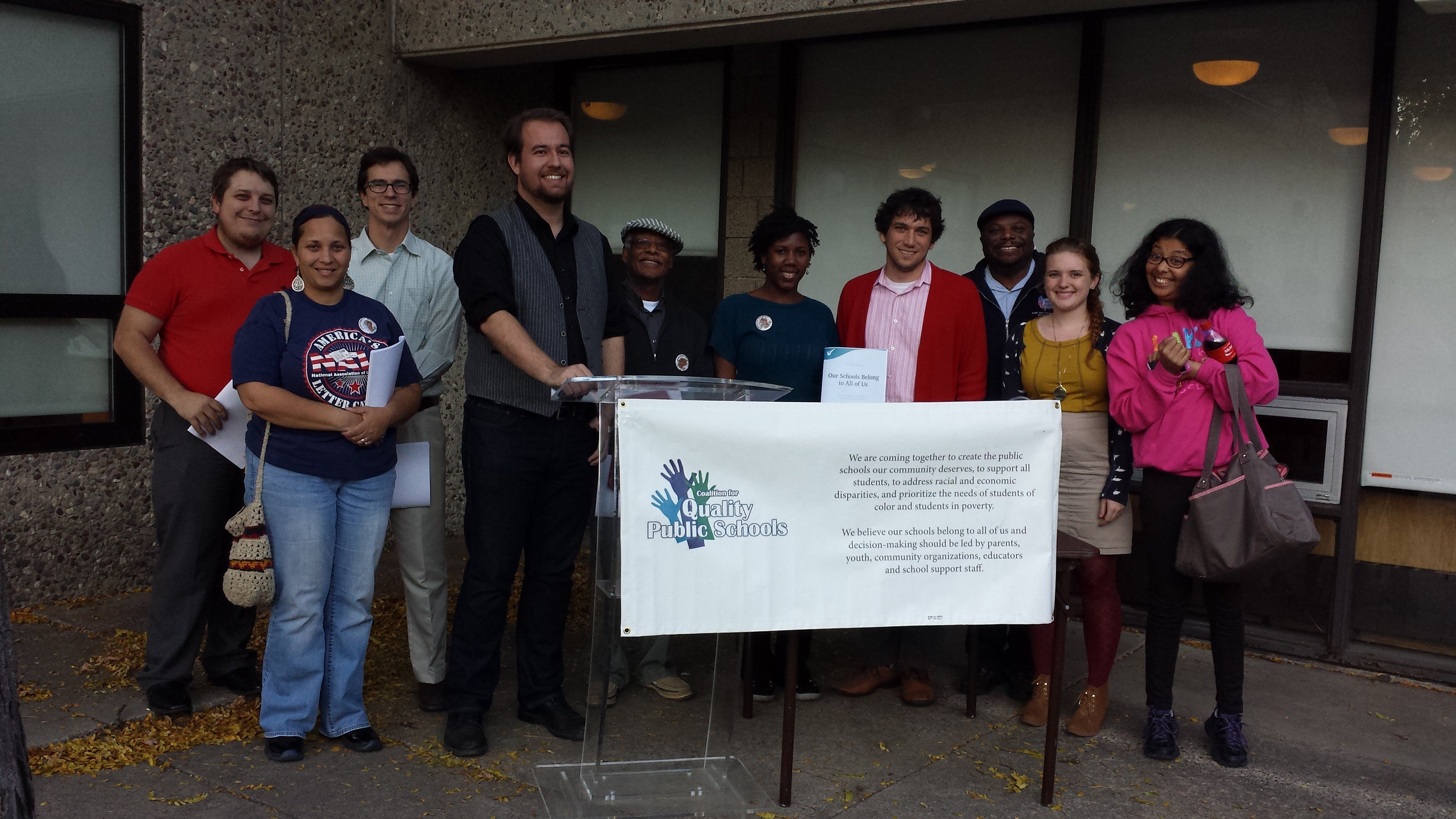 With the November election days away, many Minneapolis residents are wondering which candidates to support for the open spots on the city’s school board.

Enter the new Voter Guide, from the non-partisan Coalition for Quality Public Schools.

The Coalition’s stated mission is to support full-service community schools, a holistic, whole child view of education, and local, democratic decision-making for public schools. That mission comes through in their Voter Guide, which asks questions from whether or not candidates support the full-service community school model for struggling schools to the role of recess in the Minneapolis Public Schools.

The Voter Guide was paid for by the Minneapolis Regional Labor Federation, which represents 175 local unions. The Coalition does not endorse candidates and is instead focused on promoting positive, community-led solutions for our public schools.

Local education policy analyst Michael Diedrich, of the late progressive think-tank Minnesota 2020, put the guide together. I sat down with Diedrich and Coalition members Sheila Crabbe and Shaun Laden recently, to get their thoughts on the Voter Guide and the overall Coalition goal of promoting grassroots, community-led solutions for the Minneapolis Public Schools.

First up was Crabbe, who works as an Education Support Professional (ESP) at Cityview Community School in north Minneapolis. Crabbe says, for her, the Coalition’s Voter Guide offers a good look at the school board candidates’ perspectives on issues that impact the students she works with at Cityview. According to Crabbe, the questions in the Voter Guide reflect a “collective voice from community, staff, and parents.”

Becoming part of the Coalition as an ESP and a People of Color Union Member (POCUM) was a natural step for Crabbe, who says she had already been involved in an education committee at Neighborhoods Organizing for Change (NOC) when she joined the Coalition. She wants to be part of supporting “community-focused solutions that have been proven to work in other schools and districts,” and is dedicated to bringing emphasis to issues such as diversifying the teaching force in the pubic schools.

Shaun Laden is also an ESP, and works at Jefferson Community School in Minneapolis. Laden says he supports the Voter Guide and the Coalition because of the issues he sees every day at Jefferson, which is a high needs, high poverty school. Laden shared the story of one student who had to leave school because of a mental health crisis. “She’s back now,” says Laden, “but what are we doing differently for her? The need is so great, for more behavior support staff, in order to help these students.”

Laden also talked about the district’s recent moratorium on suspensions, and said that, while he supports it, he also believes the classroom environment for students needs to change, so that the needs of the whole child are being met. The stress of poverty, homelessness, and other issues heavily impact the students at his school, and, Laden notes, the teachers, too. For Laden, finding candidates who understand these realities and will act to support the community is essential.

Diedrich described making the Voter Guide, with its focus on the contested school board races in Minneapolis (there are four at-large candidates and two candidates for the District Five seat). What Diedrich sees with the Guide is one clearly positive sign, as all candidates say they support the full-service community school model. The question now, he says, is this: “Who will make it an ongoing priority once they are on the school board?”

For those looking for distinctions among the candidates, Diedrich highlighted the differences among candidates on three key issues: whether or not schools should be closed because of low test scores; what role high stakes testing should play; and whether or not all elementary school students in Minneapolis should get thirty minutes of recess per day.

The group I work with, ACT for Education, is a partner in the Coalition (anyone is welcome to join), as we support putting community and youth voices at the forefront of our education conversations (check out our new #notstandard campaign).

The Voter Guide is available online and by emailing Lynne Bolton at qualitypublicschools@gmail.com.