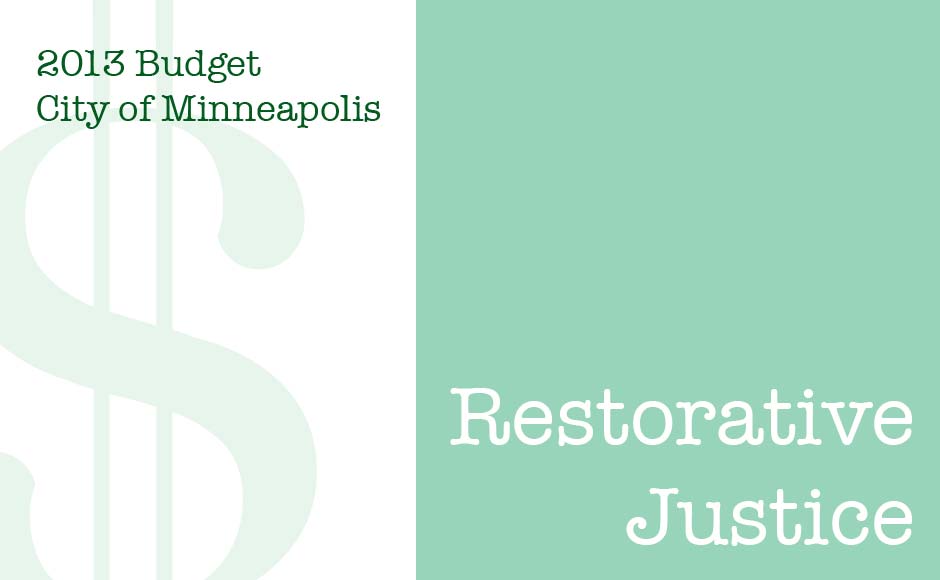 Restorative Justice is an organization that provides people who have committed a crime the opportunity to right their wrong by engaging in a face-to-face conference with the victim and taking steps to amend their actions. At the City Council’s 2013 budget hearing, the City Council directed the City Attorney’s Office to request $40,000 from 2012 roll-over funds to be used toward this program, an increase from last year. These funds will be divided between the five Minneapolis Restorative Justice programs in March, one of which-the Seward Longfellow Restorative Justice Partnership-works with youth in the 55406 zip code.

However, the Seward Longfellow Partnership isn’t assuming that they will automatically receive $8,000 in funds from the city. A variety of factors are considered when the funds are divided between the community programs. Michele Braley, program manager of the Partnership, stated, ”I’m optimistic about the funding, but we won’t know [the funding amount received] until March.”

To meet its $40,000 annual budget, the Seward Longfellow Partnership relies heavily on neighborhood support, including donations from individuals and businesses in the community. This additional revenue stream was critical when funds from the city were cut. “When the government was unable to fund us, it was the people of Seward and Longfellow that kept us going,” said Braley.

Despite the government cuts, Braley appreciates the work of city council members and the city attorney. “The City Council and the City Attorney’s Office have absolutely been advocates of the program.” She is optimistic that the city will find ways to continue to fund the program in the future.

The Seward Longfellow partnership works primarily with youth in the Longfellow Community (which includes Cooper, Howe, Hiawatha, Longfellow, and Seward) who have committed a crime such as shoplifting, theft, property damage, and fifth degree assault.

A great way for you to support the efforts of the Seward Longfellow Restorative Justice Partnership is coming up in February. Zipp’s Liquors is hosting a beer, liquor, and wine tasting benefit for the program at the Minneapolis Eagles Club on February 9th from 6:30 PM to 9 PM. See the calendar listing for more information.