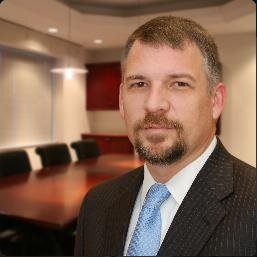 An email sent to all Minneapolis Public Schools’ employees by Superintendent Bernadeia Johnson confirms that Valerga will no longer be working for the district, saying Valerga has left to “pursue other endeavors.”

Valerga joined the district as CIO in August 2013, becoming the third CIO for MPS in just three years. During his tenure, Valerga oversaw the firing, reshuffling, or dismissal of thirty-four of the department’s sixty employees, including long-time staff members such as Ben Peck and Krishna Pathak.

Peck and Pathak shared their stories with the Twin Cities Daily Planet in May of 2014, as part of a series of articles about changes going on in the IT department. In late 2013 Valerga fired Peck without warning, and Pathak soon resigned as a show of support. In the interview with Pathak, he refers to Valerga as “rude, cruel, and disrespectful,” saying Valerga had a “my way or the highway” management style.

Superintendent Johnson’s email to employees today said the changes Valerga ushered in have been “difficult on staff and the students in our schools.”  An IT employee who attended today’s staff meeting said that Valerga told those present that he had decided to step down because “his negative publicity was tainting the department and affecting the good work being done.”

An MPS IT employee, who spoke on the condition of anonymity to protect their job, did not know what negative publicity Valerga was referring to, saying he did not give any specific examples.

Both the district employee and the email from Superintendent Johnson said that IT employee Fadi Fadhil will serve as director of the IT department until an interim leader can be found. Fadhil worked with Valerga in the St. Paul Public Schools, as did current IT employee Lisa Severson.

The IT employee who shared information about Valerga’s exit with the Twin Cities Daily Planet said that through Severson, Valerga’s plan to implement a standardized way of managing the district’s technology services, called ITIL, is still going forward.