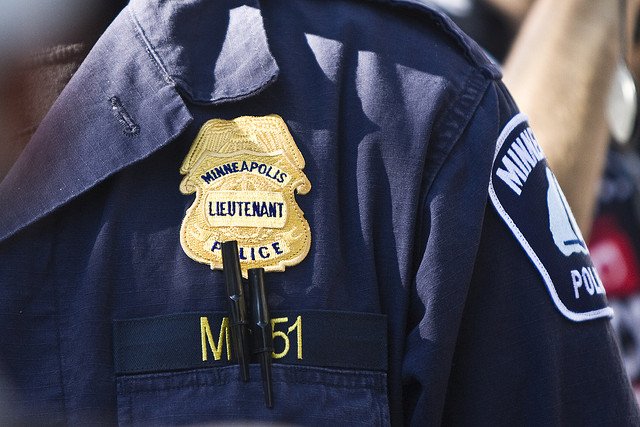 The body cameras, which are growing in popularity nationwide, will make police proceedings more open and simplify police misconduct investigations, city and department officials said at a press conference Friday.

“It brings increased accountability and transparency for both the police officers and the public moving forward,” Mayor Betsy Hodges said at the press conference.

For the pilot program, 36 volunteer officers from three precincts will provide feedback on two camera brands, said Lt. Greg Reinhardt, who heads the department’s Business Technology Unit. One of the models can be mounted to officers’ shirts, and the other can be clipped onto sunglasses, collars and helmets, he said.

The participating officers will test the devices’ audio quality, battery life and upload speed, as well as how well they operate across weather conditions and in cold temperatures.

The department plans to roll out the cameras citywide in late 2015.

University of Minnesota police Deputy Chief Chuck Miner told the Minnesota Daily in January that the school department would not adopt the cameras in the near future because of financial reasons and concerns about functionality.

The Minneapolis City Council voted in December to set aside $400,000 to equip police with the cameras, following the example of other state departments. In 2010, the Burnsville Police Department became the first law enforcement agency in Minnesota to adopt the portable cameras, and Duluth police began using them this summer.

“Officers across the board are looking forward to having this tool,” Minneapolis police Chief Janeé Harteau told reporters at the press conference.

Department policies will dictate when officers should activate their cameras and when they can turn them off, she said.

Officers will be required to record any time they are about to take action, she said, or when a physical or verbal altercation occurs.

“We tried to capture those situations when video would be most useful,” Harteau said. “It’s simply not feasible to have the cameras on the entire time.”

Police will store footage of minimal importance for at least a year and preserve footage of greater value for the maximum time in which a legal proceeding could be initiated from the time of the event, Minneapolis police Deputy Chief Travis Glampe said. Following state law, footage of homicide cases will be stored indefinitely, he added.

Similar plans to equip cops with body cameras have faced police union opposition in New York, St. Louis and Miami-Dade. But the Minneapolis police union has worked closely with the city and police department to implement the program, form policies and evaluate equipment, said Lt. John Delmonico, president of the Police Officers Federation of Minneapolis.

“We’ve been at the table since the inception of the idea,” Delmonico said. “We were an advocate for car cams, and they’ve helped us more than they’ve hurt us.”

He said the cameras will capture how civilians treat officers, and vice-versa.

“Audio and video doesn’t lie,” he said, adding that he has some concerns about the cameras’ implementation, and police will likely have to work through those issues.

“[The cameras] are not always going to film everything,” he said. “And then I think some of the things they’re going to film — i.e., force — isn’t pretty.”