For years, any time photographer Mohamud Mumin turned to local television channels or to newspapers for news about the Minneapolis Somali community, what he found left him disappointed.

Mumin said the media highlights the dark side of the community and abandons the many success stories and positive contributions Somali immigrants are making in their new home — a remark many in the community agree with.

“There are many great things the community is doing,” he said. “Why can’t I see those stories in the media? Why only the negative ones?”

Mumin, 36, recently took matters into his own hands. In 2010, he began capturing the images of 13 Twin Cities Somali-American men, documenting their stories in “The Youth/Dhallinyarada,” a multimedia project that focuses on the effort these men are making to improve the lives of those around them. (“Dhallinyarada” means “the youth” in Somalia.)

The Weisman Art Museum in Minneapolis launched last week an exhibition of Mumin’s project that will be on view through Feb. 9, 2014.

The project consists of large photographic portraits of the men, a print publication with their stories and ages and a video narration. In the video, the men talk about their journey to the United States, their contributions to the society and the challenges they face as minorities living in Minnesota where they sometimes feel marginalized.

Arriving in Minnesota between the mid 1990s and early 2000s, the men became visible youth activists, entrepreneurs and other professionals in the education sector. Many youngsters see them as role models.

“I chose these guys because I knew some of them and was familiar with their work,” Mumin said. “I wanted to share their work with the rest of the word.”

Abdirahman Mukhtar, who has lived in Minnesota since 1998, is one of the men featured.

In the video, Mukhtar, an outreach liaison at Hennepin County Library, said he is fortunate to have had the opportunity to live in the United States, where he was able to get an education, raise children and lead a better life than his own homeland could offer.

Responding to a question about challenges minority groups face in the Western society, Mukhtar noted: “It’s tough to be young, Muslim, immigrant, black” living in the West.

Youth activist and spoken-word artist Abdifatah Farah, who is also featured in the video, said that many people in the country see Somalis as “pirates” and “terrorists.”

Mumin hopes his various photographic documents will erase those misconceptions — and will reintroduce the community as he sheds a positive light on it.

As a child in Kenya, Mumin spent a lot of time flipping through the pages of magazines and newspapers, even though he could not read. He kept those publications on his folded knees just to observe the images captured on the pages.

He liked to look at photographs. He contemplated how they were taken. Their angles. Subject positions. Light sources. Background colors.

When the United States granted Mumin asylum in 1997, he pursued his love for shooting and taught himself the photo skills he is now using to create a positive depiction of the Minnesota Somali community. Even though he wished to get formal education in photography, he says he didn’t know he could go to college for a major in a photography-related career.

Mumin spent his undergraduate years taking chemistry classes at the University of Minnesota’s Smith Hall — which is just behind the university’s School of Journalism building, Murphy Hall — not knowing he could apply for the journalism school.

As the first person in his family to attend college in the United States, Mumin didn’t look into the various liberal art majors offered at the university. 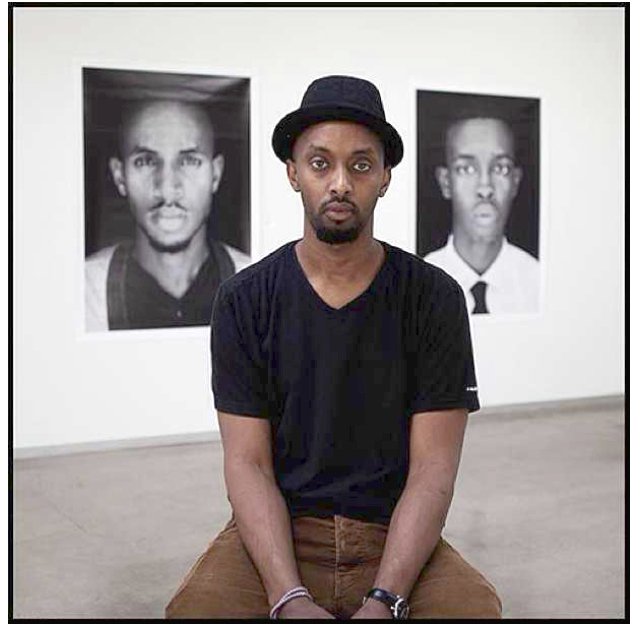 “You know how immigrant parents are,” he said. “They only emphasized becoming a doctor or earning some sort of degree in the science or engineering field.”

Mumin graduated in 2007 with a major in chemistry. He was good in math and science, but his passion lay in photography.

After graduation, Mumin sought out his would-be mentor Abdi Roble, a longtime photographer who had been traveling throughout the world to document the Somali diaspora as well as those in Somalia.

The two met in Ohio, where Mohamud lived briefly. Mumin spent time observing and shadowing Roble, who is well-known for capturing and archiving the community’s visual stories.

“Mohamud has arrived,” said Roble, who is based in Minneapolis, running The Somali Documentary Project. “Not only am I proud of him as a mentor, but the community he works with is really proud of him. He knows exactly what he is doing.”

Roble added: “Mohamud is doing what he should be doing, which is telling the stories of his own community. No one can tell the Somali stories better than a Somali, and that’s what he’s doing.”

Minnesota houses the largest Somali population in the United States. Census reports estimate that 36,000 Somalis live in the state, even though community members believe the number is larger.

Mumin is among four Twin Cities photographers named in May for the 2013-2014 McKnight Artist Fellowship for Photographers.

Each photographer received a $25,000 grant. Mumin and the other winners were selected from 108 applicants.

“Mumin harnesses photography’s capacity to facilitate dialogue across barriers and cultures,” according to a statement that appeared on the Walker Art Center website. “In his most recent body of work he centers on the Somali community in Minnesota, as they negotiate and redefine their essence and boundaries of their identity.”

Mumin is currently involved in other documentary projects, some of them featuring young Somali women who are contributing to improving their community.

It’s an honor to have been named a McKnight fellow, Mumin said. He added that the grant will allow him to expand his documentary projects throughout the United States, Canada and even Somalia.