The MSR last year published a series of stories on the Minneapolis Park and Recreation Board (MPRB) about unfair discipline of Black employees and other discriminatory concerns (“Black employees call Mpls Park Board a ‘toxic’ workplace,” Jan. 5, 2012 and “Park Board leaders, NAACP claim progress,” Sept. 13, 2012). The Minneapolis NAACP last summer received numerous complaints from Black MPRB employees, and its investigation later found a history of discriminatory practices there. 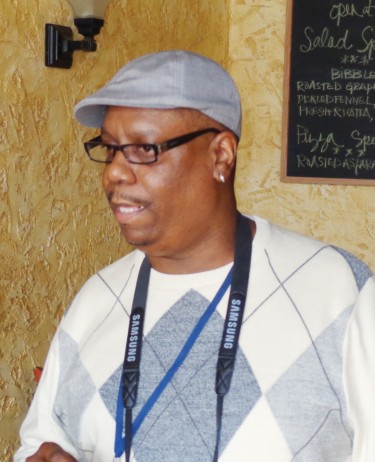 Recently we asked Park Board Superintendent Jayne Miller to provide an update on how things are now at the MPRB.

“I am not hearing the level of angst that I was hearing before,” said Miller. “Is there still angst? Absolutely. But I don’t think it’s just African American employees.”

She also admitted that the MPRB had been inconsistent on “how employees were treated. There may have been some racial issues, but I think it was more about inconsistency, about how management was carrying out expectations for employees and their performance.

“My hope is that employees feel like there’s clarity and transparency in the way it wasn’t before,” continued the superintendent. “But we also have more work to do. My belief is that it is still going to take a good number of years to get where we need to be.”

Minneapolis NAACP President Booker Hodges told the MSR that he has seen MPRB officials respond to the concerns positively and they have instituted changes. “We still get a few complaints, and we have been telling them to go through the HR [human resources] process, and then if they are not satisfied then give us a call.”

“I think things are much better,” said Park Board Commissioner John Ervin. “I think [employees] feel the level of communication is far better than it had been in a long time.”

Central Park Director Marshall Wyle said, “I can’t tell if things are getting better or worse — I don’t know what is going to happen with me.” He added that he must reapply for his current position. “It’s pretty much up in the air on what is going on with me,” said the 18-year veteran.

Miller said, however, that she is working to improve diversity at MPRB, especially in upper management. A Black male has been hired as recreation superintendent. They are also conducting interviews for a deputy superintendent position, she added.

Hodges said he predicts the MPRB will hire more Blacks and other people of color in management roles as well as “treat people within the disciplinary process equally and fairly.” 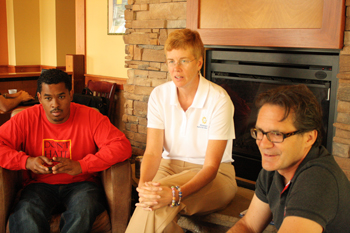 The key objectives Miller is working to achieve at MPRB include “developing strategies and programs for recruitment and hiring diverse candidates that we didn’t have two years ago,” said Miller. “Another one is providing ongoing organizational-wide diversity training and infusing that kind of diversity into the organization’s culture.”

Miller said she has conducted “open forum meetings [with MPRB staff] without an agenda so people can ask me anything they want. I want to hear what people say. I also feel that I have a responsibility to explain to people particularly significant decisions and the rationale for those decisions so that people understand that.”

However, Miller pointed out, “Most of the changes that are going on that we are about to implement are the result of the changes that came forth from employees. We have over 200 employees involved in different work teams, and the recommendations that come forward to me, our organizational changes are driven by our employees.”

Miller stressed that changing the Park Board is not an overnight process and acknowledged that not everyone will be pleased. “I think some employees can see the change and see the direction we are going, and some employees are still taking a wait-and-see attitude. And there are other employees who don’t believe it is happening at all.

“I think it varies in an organization of this size and this magnitude — that’s very typical,” Miller continued. “But my gut feeling is that there are a greater number of employees today than there were a year ago, or even two years ago, that are on the side of seeing the change that we are taking as positive and are excited about where we are going.”

“When I first started doing this [in late summer of 2012],” recalled Hodges, “there was some reluctance among other NAACP board members to get involved with the Park Board employees’ concerns. I decided to talk to them, and it couldn’t have worked better for both sides. A long, drawn-out legal battle wouldn’t have gotten resolved for five years.”

Despite the fact that the NAACP and the MPRB worked together to institute a “voluntary process” at the Park Board, “We fully recognize that there still are a group of employees that are not happy. We received in excess of 150 complaints. All along, what we wanted to see was a welcoming environment for employees of color and everyone,” Hodges stated.

“I think that is what is going to happen moving forward,” Hodges said. “We are going to continue to monitor this. This is going to be an extensive, five-year project to make sure that things continue along the pace that we’d like to see.”

Ervin added that the MPRB should reflect Minneapolis as it is now, “and what our city looks like is changing, and is changing quickly,” he noted.

“The Park Board is not independent in this community in how it deals or not deals with race,” said Miller. “We are part of the culture… We are stewards of the public trust — that’s all of the public. It is our ultimate responsibility to provide the best quality services and programs to all the residents of Minneapolis and getting input from the public on what they need and want. That cuts across racial lines [and] age lines.”