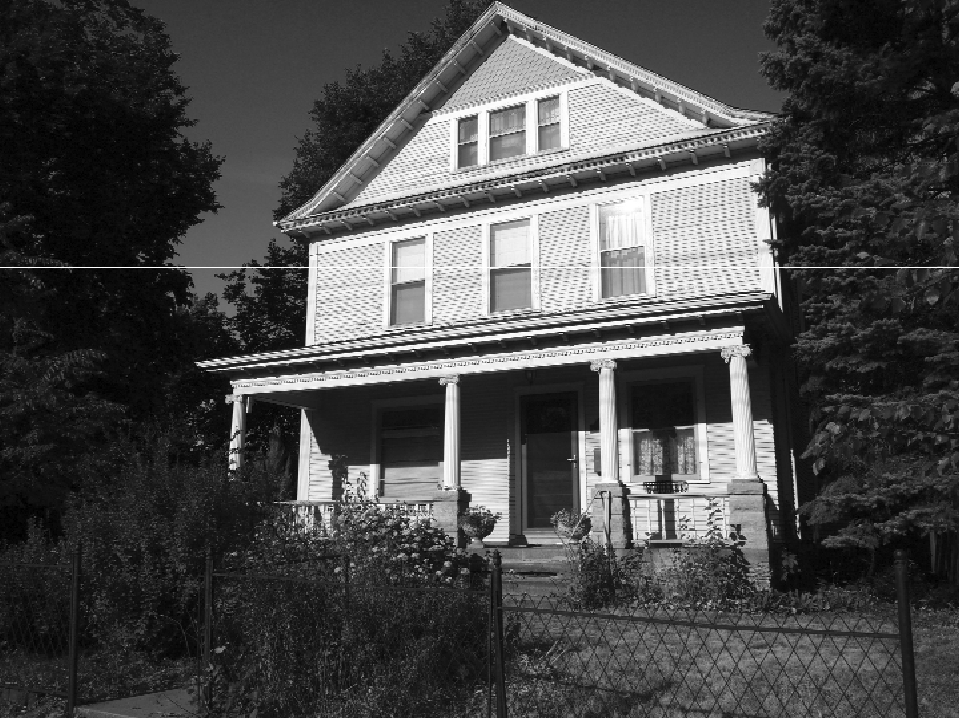 The house that’s now to the north of the Sample Room will be moved across the street. (Photo by Margo Ashmore)

They’ll have to look out the third floor of their house to get a river view, but moving it to the other side of Marshall Street will create possibilities for public parks.

The Minneapolis Park and Recreation Board (MPRB) Aug. 21 approved purchasing 2128 Marshall St. NE from Jim Rosenberg and Christine Bravo for $385,050. Rosenberg said they will move the existing home across the street to 2111 Marshall St. NE “we hope, before the snow flies.”

The property at 2111 is a now-vacant lot which for a while held The Sample Room’s garden. Rosenberg and Bravo are part-owners in The Sample Room restaurant at 2124 Marshall St. NE.

The Sample Room’s menu and website explain that the property was split off from a parcel of two lots originally purchased by Henry Sibley and his wife Sarah in 1849. Matthias Thies purchased the land from his employer, Anthony Brooks, in 1893. Brooks operated a saloon which was owned by the Gluek Brewery at 20th and Marshall.

Thies and his wife Rose built a handsome brick building, the Thies Hotel and Sample Room, living on the second floor, renting out four rooms and running a saloon on the ground floor. The current house was built in 1904 or 1907. It has been on the Minneapolis & Saint Paul Home Tour.

Rosenberg said as he’s been active in the Above the Falls plan for the riverfront, “we kind of planned on it. As properties became available through the owners wanting to sell, or through foreclosure recently, we [Rosenberg and Bravo, family members] bought them as investments and then to have options” for where to move the house. “It turns out it was the original one we bought, well, actually the second.” It’s a 45-foot lot, across from Gluek Park, wider than the average city lot.

It’s narrower, though, than the land the park board is purchasing, as that includes a portion of the original lot number 12 in Auditor’s Subd. No. 034, next door to the restaurant.

Rosenberg said they will be taking off the front porch and a back bumpout in order to make the move easier. “We will take the opportunity to do changes” and finish the third floor and a brand new basement, “though not right away.”

MPRB is acquiring land as it becomes available through willing sellers, because the long-term goal of the Above the Falls plan is to have parks and/or non-heavy-industrial development along the Mississippi river. Rosenberg said the land value was set by the high density zoning, R6, in the area.

According to the online Hennepin County Property Information maps, on the river side of Marshall working north from 2128, MPRB owns 2220, site of a former apartment building, and 2314, in addition to Edgewater Park at Marshall and Lowry Avenue NE. Five private parties own the remaining residences, with two owning two addresses apiece.

Working south from Gluek Park, MPRB owns 1812, 1808 and 1720 Marshall St. NE, with private parties owning Psycho Suzi’s, the commercial complex next to that, a single family home, four condominiums, the 1712 building and 1620 Marshall. From that point south to Broadway, riverfront land is owned separately from Marshall Street-adjoining properties.