At a last month’s Minneapolis school board meeting, MPS staff presented their intent to increase funding to Expanded School Choice programs at three Southwest Minneapolis schools – Burroughs, Lake Harriet, and Southwest High School. This program utilizes special funding to transport North Minneapolis students to “choice” district schools while funding Family Liaison positions and other supports within those schools. Increased funding was needed, it was asserted, to add additional positions necessary for the current programming to be effective.

The above plan to bus students to “choice schools” in no way addressed the inequity that exists in schools our students are leaving, including the ability of Northside schools to recruit and retain an experienced teaching corps.

Those of us representing the Northside Schools Collective (NSC)—a newly formed group of Northside parents and community members advocating increased equity, stability, and accountability for Northside public education—made our inaugural presentation to the Board of Education at the same meeting. We highlighted the major disparities in funding for teacher pay received by North Minneapolis schools. 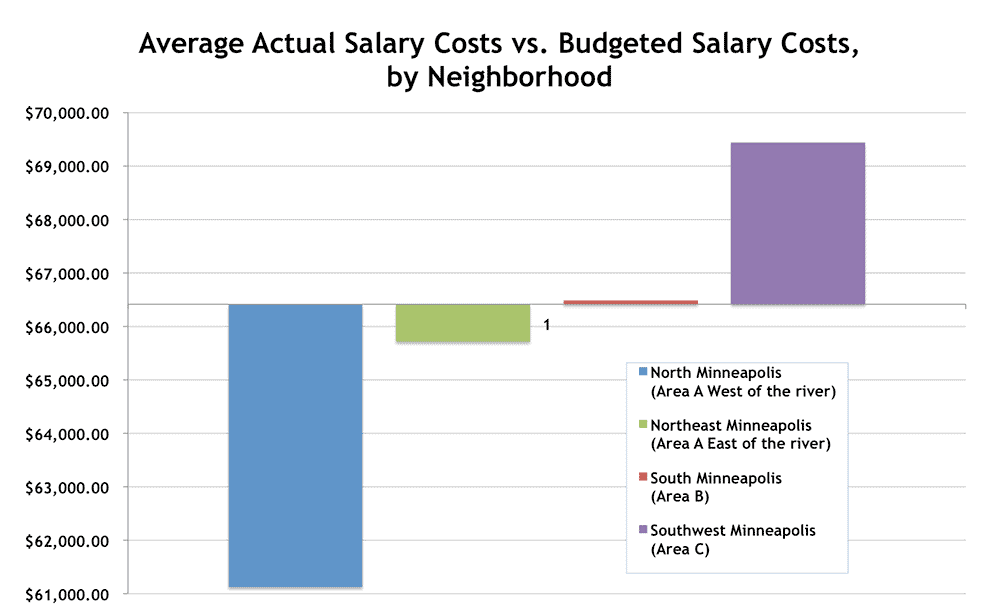 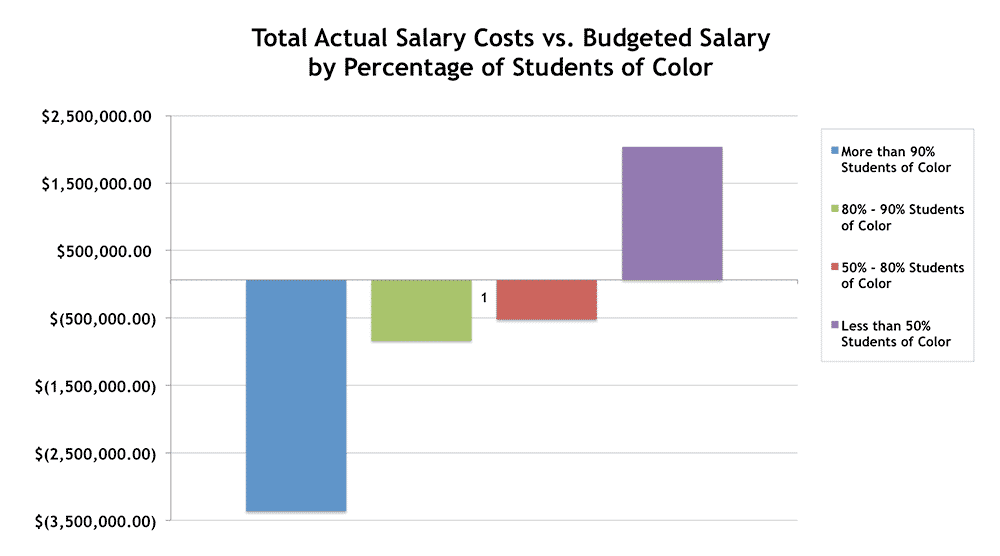 Research conducted and presented by NSC’s Ariah Fine outlined the ramifications of MPS’ “staff-based resource allocation” budget method. Currently the district allots each school an average of $66,412 per full-time teacher, but most high-needs schools are paying significantly less than this average due to an inability to attract teachers qualified to earn at this level. The NSC study noted the earnings gap between Lucy Laney and Lake Harriet teachers – salaries at Laney averaged just $55,000 per year compared to a striking $76,000 average at Lake Harriet.

That’s $11,412 per teacher the district isn’t spending at Laney at the same time it’s spending an extra $9,588 per teacher at Lake Harriet, a school able to attract experienced teachers.

Fine reported Northside schools will lose $2.5M this year in potential salary allotments. District-wide, schools with a majority of students of color will shed $4.7M in teacher pay compared to the $2M gain funneling to the district’s majority white schools.

“MPS is essentially taking money from the budgets of schools with low-income students of color and using those funds to subsidize the salaries of experienced teachers in more affluent parts of the district,” states Fine.

Despite nationwide attention and federal and state initiatives throughout the country to address teacher recruitment and retention in underserved schools, no known efforts are currently underway in Minneapolis. The Northside Schools Collective is advocating that MPS immediately allow Northside schools to collect unspent allocated funds to hire much-needed educational aide and support positions (similar to those getting increased funding in the Expanded School Choice program above), as well as begin implementing a range of strategies to address inequities in funding measures and the ability to recruit qualified teachers to North Minneapolis schools.

Paul Schulz lives and works in North Minneapolis, where he and his wife are raising their family, and is one of ten founding members of the Northside Schools Collective (for more information about the NSC, please visit NorthsideSchoolsCollective).