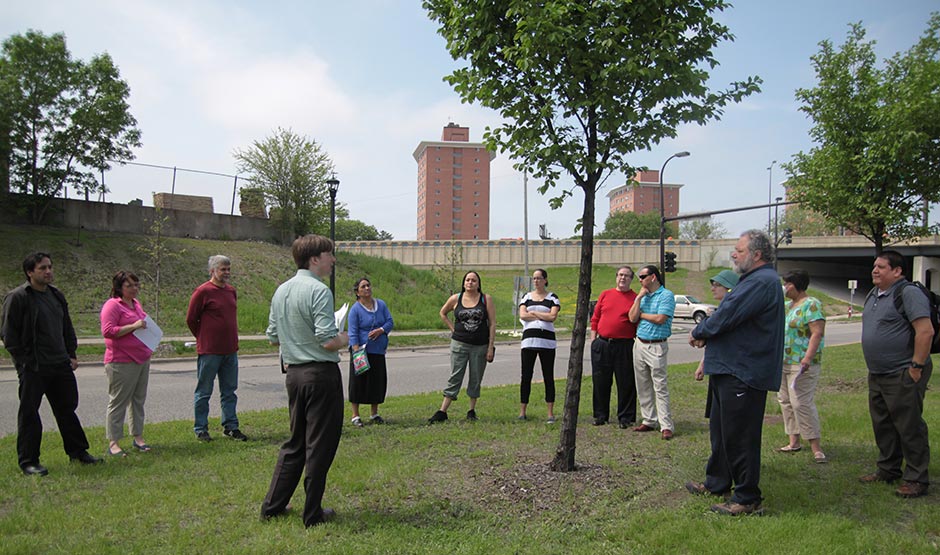 Andy Hestness from NACDI leads a tour of the future home of Anpetu Was’te Cultural Arts Market. Anpetu Was’te means “Good Day” or “Welcome” in Lakota/Dakota, a fitting name for a project whose goal is to make the area more inviting and safe for pedestrians and community members.

On Wednesday, a crowd of 30 or 40 people gathered in an unlikely space – a median in the void between Seward and Ventura Village. Sheldon Mains, director of Spokes, described the roadway as a “no person’s land” and explained that it’s “scary for pedestrians and bikes–and not that great for cars.”

Fortunately, it’s not going to stay that way for long. Thanks to a $435,000 ArtPlace grant, the Native American Community Development Institute (NACDI) is planning turn the space into a park and cultural marketplace called Anpetu Was’te Cultural Arts Market. 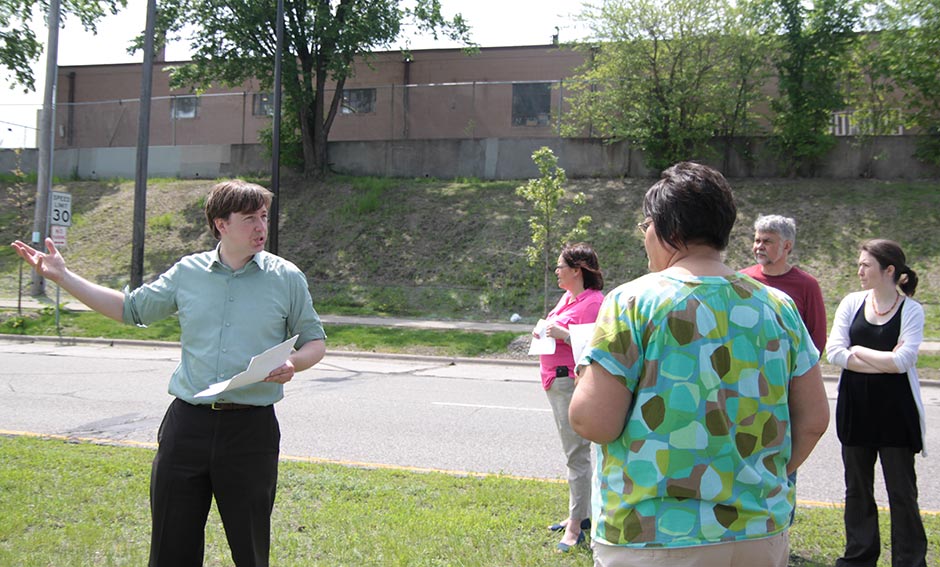 Hestness describes the features of the planned cultural marketplace to a tour group. The area will include food trucks, a stage, and vendor space for artists and entrepreneurs.

Competing with the noise of cars and a few sirens, Andy Hestness, NACDI community development specialist, lead a tour of the new plaza to the group gathered on Wednesday. He explained that the area is classified by the city as an activity area, and NACDI wants it to live up to it’s designation. The large median will be redesigned to be more like a park, with a stage for music and theater performances, food trucks, and vendor space for local artists and entrepreneurs. 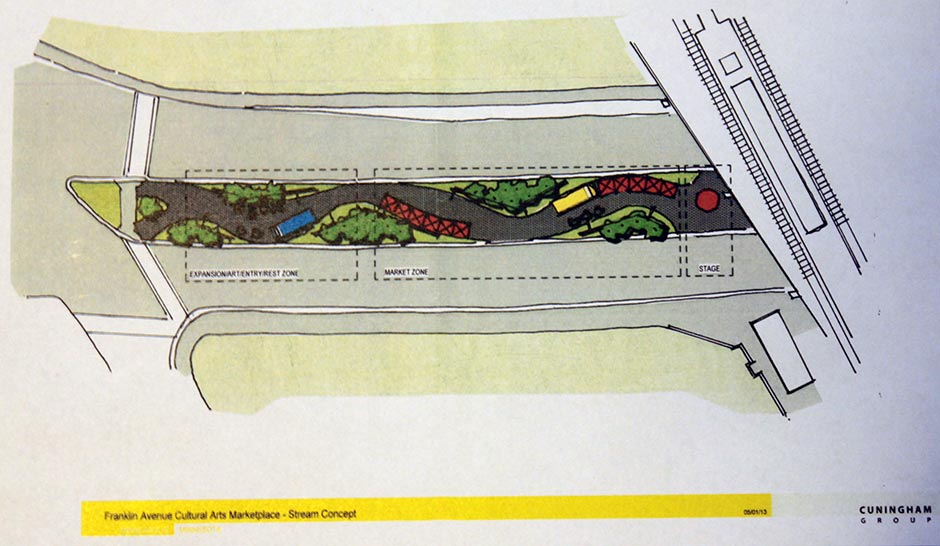 The current proposed design has a curving path, which is designed to evoke the river. The marketplace would be separated into three sections – a stage area, a market zone with vendor tents and a food truck, and a entry/rest zone. 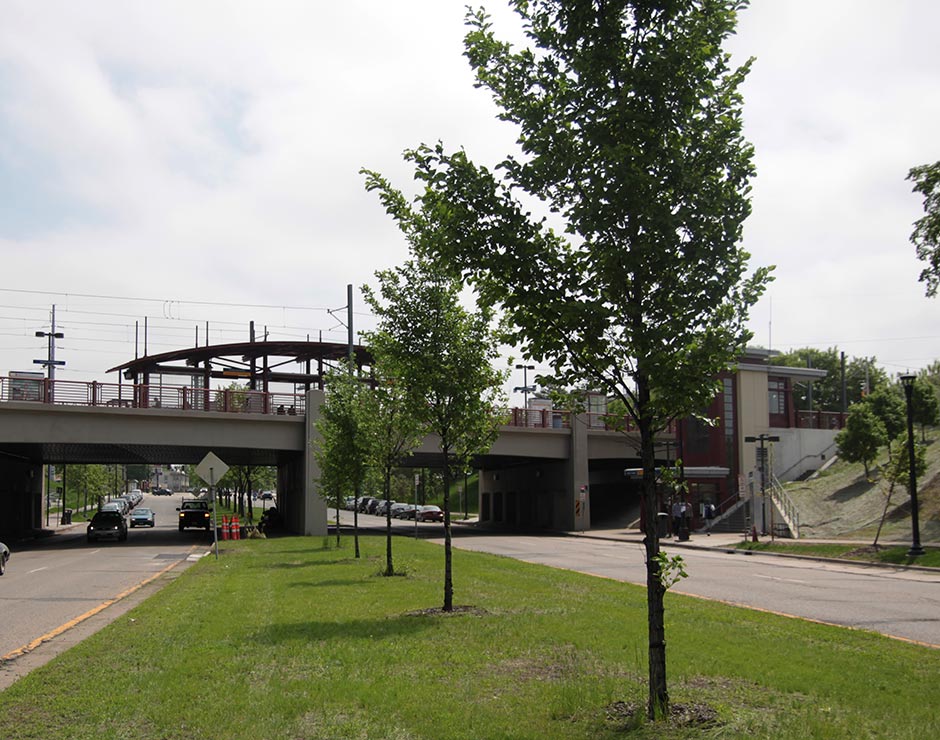 The project will renovate the center median on E. Franklin Avenue between Cedar Avenue and S. 17th Avenue. Some trees currently in the median would need to be moved.

This fall, the streets will be resurfaced and project planners are hoping that at that time they will be able to make a few changes to the roadway to help calm traffic and make it more pedestrian friendly. Some of the changes would include the following:

NACDI plans to have the marketplace open next spring with vendors and food trucks scheduled one or two times per week. As interest grows, it plans to expand the amount of time that the space will be open to vendors.