David Brauer put together a ten-year map of homicides in Minneapolis, finding a depressing murder moat. Yet when I compare that same map to a poverty map, I find a string of successes where Minneapolis neighborhoods are beating the odds. There are poor neighborhoods that are doing better than what poverty would predict. Northeast is certainly better than its reputation. Indeed two areas of high poverty had no homicides. Most of the southern part of Minneapolis beats the odds. The sad part of the story is North Minneapolis. Focusing on why some neighborhoods beat the odds is where we might find more success for all neighborhoods.

I superimposed maps of Minneapolis of crime and poverty. The red x-s show the high homicide areas. The stars show where I think homicides are less than poverty predicts. 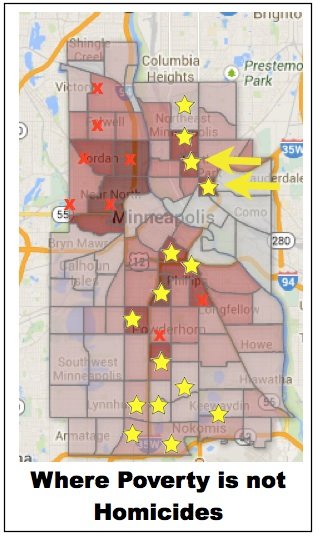 Side by side images: 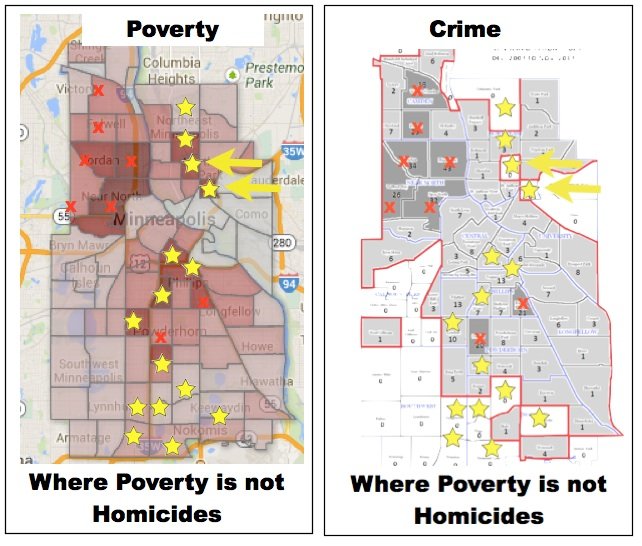