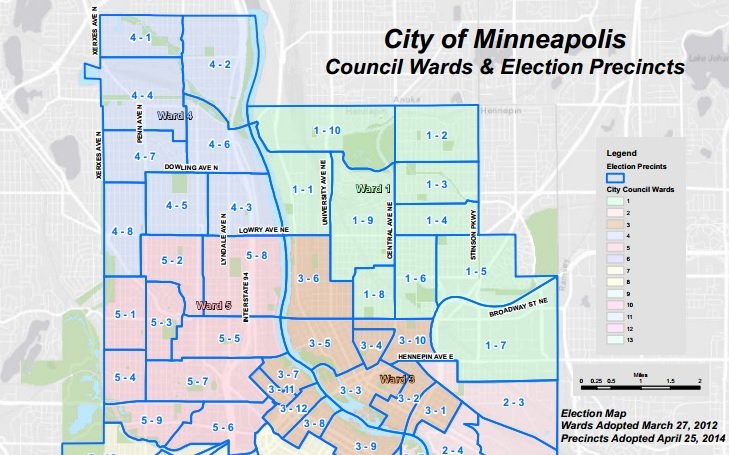 Tomorrow is Election Day — have you done your homework?

Midterm elections are never as popular as presidential elections, but that doesn’t make them any less important. We want to make your decision process as easy as possible, so we’ve lined up every election this midterm year that will affect Minneapolis residents.

Also on the ballot will appear two measures for voters to consider for inclusion in the Minneapolis City Charter. The first question pertains to increasing the filing fees candidates pay to run for city offices — mayor, city council, and other city of Minneapolis offices. The current $20 fee was set in 1967 and has remained unchanged. If the proposed fee increases are approved by voters, they will go into effect for the 2017 municipal election.

The second question simply asks whether the ordinance requiring Minneapolis restaurants “holding on-sale wine licenses in the City must serve food with every order of wine or beer” should be amended “to remove mandatory food to wine and beer sales ratios?” Since 1966, liquor licenses have been issued to restaurants in certain areas outside of downtown Minneapolis if at least 70 percent of their gross receipts came from the sale of food. Customers of those restaurants who want alcohol are required to also buy a meal.

Note: Ranked Choice Voting (RCV) allows voters to rank candidates in order of preference. Ranked choice voting was first used in Minneapolis in 2009, but only for municipal elections, like Mayor, City Council, Board of Estimate and Taxation, and Park and Recreation Board. Since it is not used in school board, county, state, or federal elections, it will not be implemented in this year’s elections.

Shall the Minneapolis City Charter be amended to remove the requirement that businesses holding on-sale wine licenses in the City must serve food with every order of wine or beer and to remove mandatory food to wine and beer sales ratios?