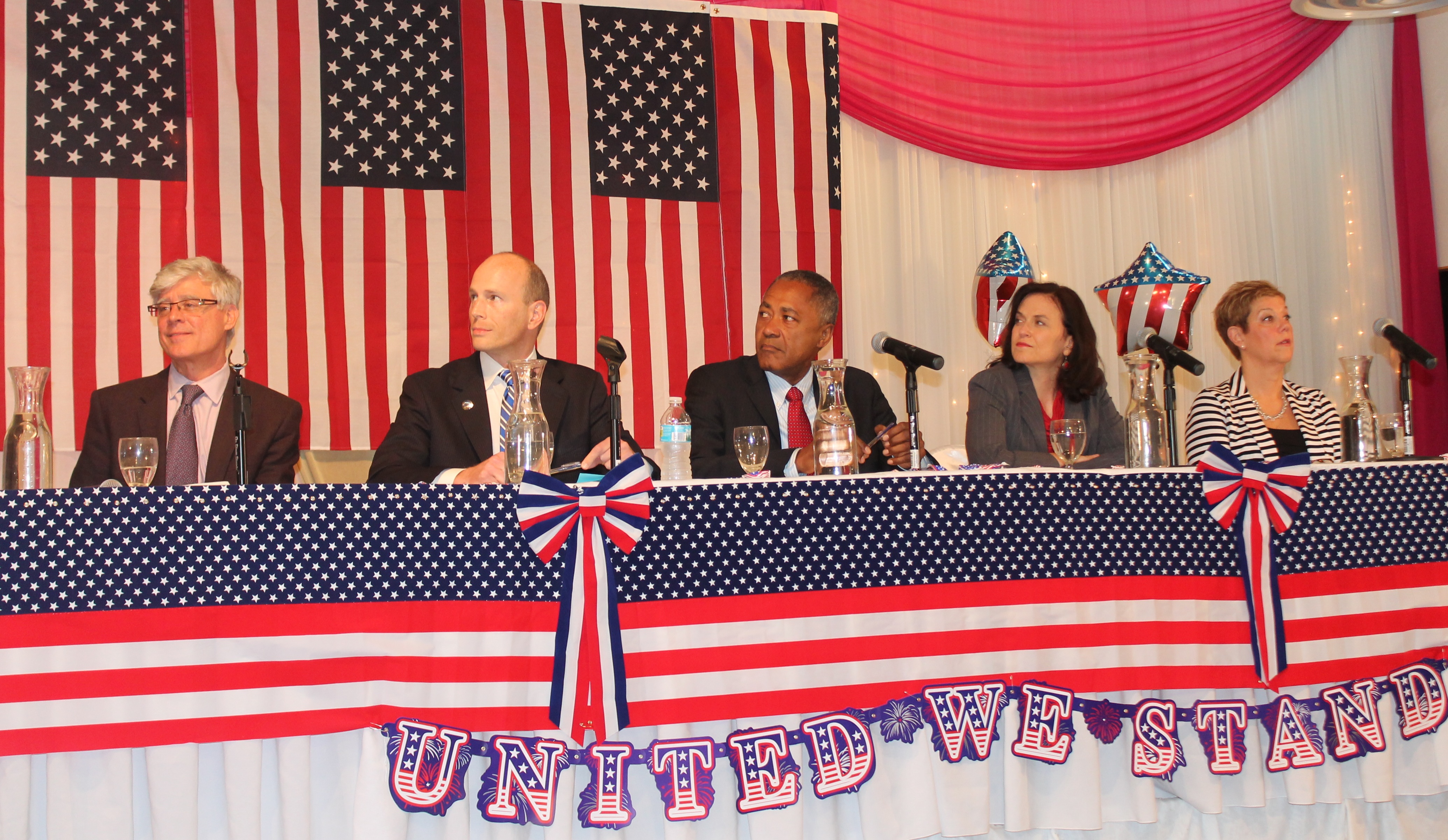 Some candidates mixed Somali sentences into their introductory remarks. Samuels described his arrival in New York City as an immigrant from Jamaica more than four decades ago to study industrial design and with only $83 in his pocket.

“I know what it means to have to adjust to the culture, to be understood,” Samuels said. “Part of my agenda is certainly to help the adjustment of the immigrant community.”

The candidates responded to questions from moderators Mustafa Jumale and Ilhan Omar, about unemployment in the city, discrimination in the workplace, education disparity, and youth and homeless issues.

Like Andrew, other candidates echoed that creating job-training opportunities and removing regulatory codes at the city hall are important for the community’s growing small businesses in south Minneapolis to thrive.

Since many young people of the community are in jail, have been detained or deported to Somalia for crime-related reasons, the candidates were asked about their plans on the city’s youth issues.

Cherryhomes, a mother raising her 16-year-old in north Minneapolis, said that she too is concerned about her child the same way Somali parents are concerned about their children.

“We need to have programs that invest our youth,” Cherryhomes said. Programs should not be developed through bureaucrats only, but in “partnership with the community, with the parents, youth organizations and the young people themselves.”

Hodges noted that the city of Minneapolis has “a lot of programs” that address youth issues.

“We’ve a plan to end homelessness,” she said of the city. “We have a youth violence prevention plan. We’ve youth opportunity centers that are available for young people.”

Hodges then emphasized the importance of having someone who will particularly work with the Somali c0mmunity in these programs and plans. She said that she would hire a Somali person, who will serve as “a liaison to the community and will be the eyes and ears” for her in the community, and for the community in the mayoral office.

Justice for the community

Somalis in Minneapolis have long complained about discrimination in the workforce and expressed concerns about bad relationships with the law enforcement. The community has accused authorities of wrongdoings including police harassment and excessive parking tickets around the community’s religious sites.

Schiff, a city council member representing the Ninth Ward, south and east of downtown Minneapolis, said that he knows about the parking tickets and harassment the community has faced.

Cherryhomes said that police harassment is unacceptable and has no place in the city. She promised to reinstitute a civilian report where people who feel harassed, intimidated or not treated right by the police will have an opportunity to get their issues met.

“Citizens need to have a safe place to redress their grievances against the police,” she said.

The event was sponsored and organized by the DFL Somali-American Caucus and Safari Restaurant and Event Center.

Abdirahman Ahmed, owner and manager of Safari restaurant, told the crowd that the candidates are “proven leaders and important friends” to Minneapolis Somalis—and they will always remain so, no matter who takes the mayoral office.

“We all share something in common, which is the American dream,” he said. “And that’s what brings us together.”