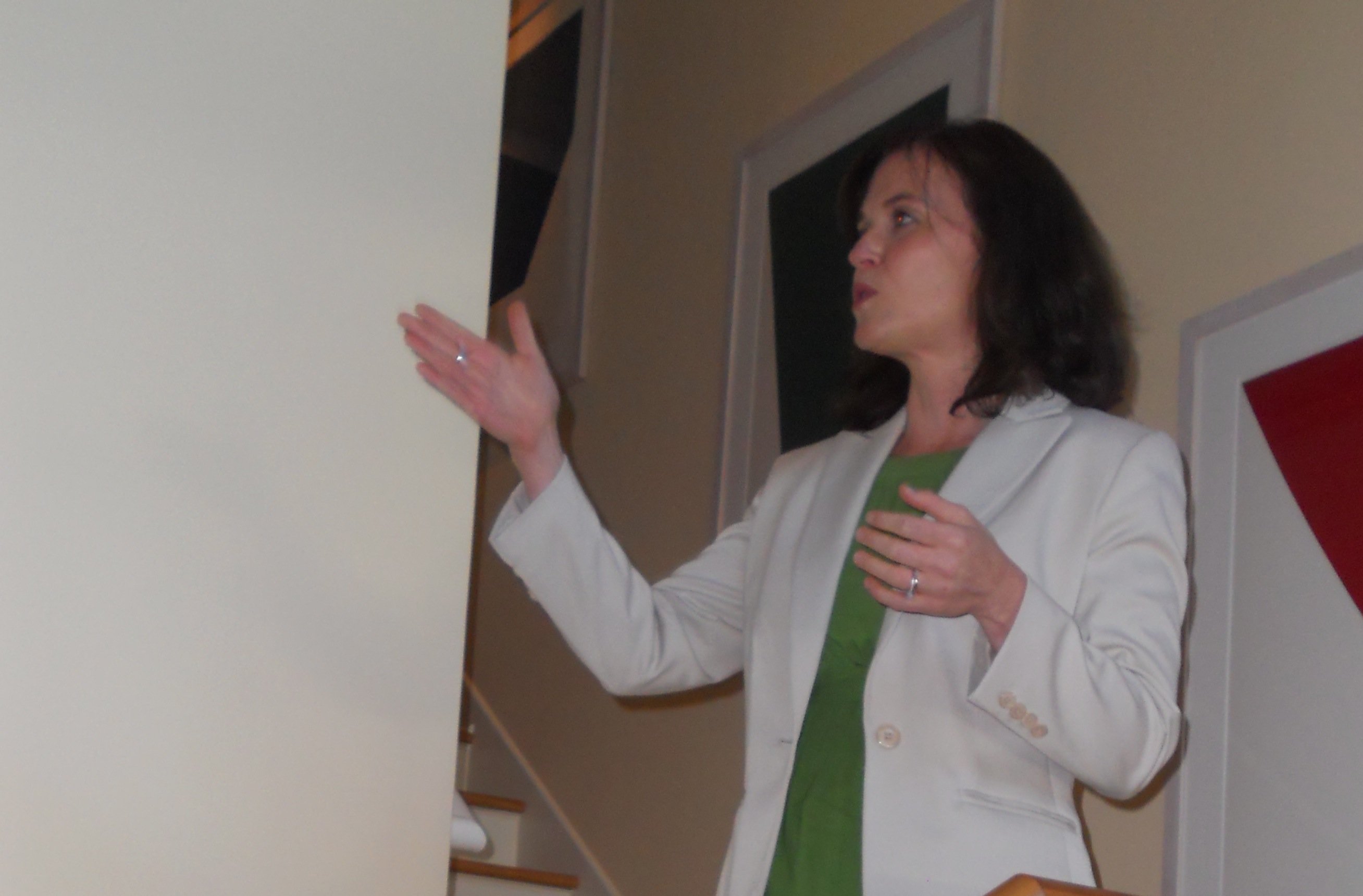 Minneapolis mayoral candidate Betsy Hodges wants Minneapolis to be the “greatest city of the 21st century.” To do this, Hodges advocates focusing both on Minneapolis’ “livability,” and the city’s disparities between wealthier and lower income residents.

Speaking from the Minneapolis home of David Wilson and Michael Peterman on Wednesday, August 7, Hodges was the fourth candidate to appear as part of an informal “meet the candidate” series. On this mild August night, around sixty potential supporters gathered to hear Hodges’ ideas for the mayor’s office. The final candidate invited to speak is Republican Cam Winton, who is running as an Independent and will speak on August 14.

Hodges began by telling the crowd that her vision is to move Minneapolis forward “based on people.” To this end, she spoke of the need to address the “wide chasm” between the “haves and the have-nots” in Minneapolis, in order to ensure that all residents have access to what the city has to offer.

A key way to accomplish this, in Hodges’ opinion, is to increase the city’s transit options in order to “bring people to jobs and jobs to people.” She spoke of her support for bringing streetcars back to Nicollet Avenue, and possibly West Broadway Avenue in north Minneapolis. This is based on her belief that transit can “transform communities” and bring “confidence” and “permanent investment” to different parts of the city.

Sam Rockwell, who was listening to Hodges speak, said he “doesn’t own a car” and “doesn’t want to.” He asked Hodges about her ideas for making transit more efficient, speed-wise. In response, she spoke about increasing all kinds of transit in the city and adding “more permanent bike infrastructure” to improve the efficiency of public transportation.

On the topic of education, Hodges, like many of the candidates who have participated in this series, described the mayor’s role as that of a “convener” rather than an active decision-maker. Hodges said that she would have both the “biggest bullhorn” and the “biggest table” as mayor, and would insist that stakeholders in education “challenge themselves to make sure our kids get what they need.”

More specifically, Hodges spoke of her support for a “healthy food movement” in what she called “distressed neighborhoods” as a way to combat disparities in education and achievement.

On a final note, Hodges returned to her idea that “livability” is a key aspect of Minneapolis’ current appeal and future prospects. Mentioning the arts, the park system, and other known attractions, Hodges said that Minneapolis residents are known as being “militantly modest” about these attributes. Hodges said that it is time residents became “militantly immodest” about what the city has to offer in order to increase its size and its success.