After a sound victory in the Nov. 5 election, Minneapolis Mayor Betsy Hodges is looking forward to working on her goals for education, building relationships with the Native American community in Minneapolis and across the state.

In an interview, Hodges said she intends on keeping pre-Kindergarten development a priority as a means to make sure education is ingrained in children from an early age. “My Cradle to K Initiative, I’m really excited about. We already do good work here at the city, working with pregnant mothers and those children in the first couple years of life to make sure they’re growing in a healthy way and have good, healthy brain development and seeing what we can do to bring people together to forward the agenda to expand that program,” she said. “So I’m excited about that because that’s the first disparity that a kid faces, are they getting a healthy start, do they have the brain development that they need?”

As mayor of the largest city in the state and in the region, Hodges acknowledges the influence her office brings to education. “I have the largest platform in the region and the biggest bullhorn in the region and will be using it around these education issues to pull people around the table and make sure that we are moving the dial on these outcomes for children of color in Minneapolis public schools.”

On tribal issues, the new mayor has admits that she has some catch-up learning to do, but that she looks forward to building bridges. “I have not yet forged those relationships but that is part of my intention, moving forward, meeting with the leadership and talk about what the needs are. I know the urban offices from the tribes are one of the places I want to start, knowing that they are the equivalent of embassies here,” she said. “In knowing that they are the representatives of the reservations here in the city – where there are so many urban Native American folks who have their tribal memberships and look to the urban offices for assistance – and that is a government-to-government relationship that I’m going to foster.”

Among the swath of candidates for mayor, the issue of gaming became a dividing point for some, to the point of entertaining the possibility of city gaming efforts to drive the local economy. For Hodges, it was a simple matter of history and law. “For me, there’s not gaming without the tribes and so holding that perspective as various proposals move forward is one of the key things I can do as mayor. The clear decision has been made about the relationship between is that that is the purview of the tribes in the state of Minnesota and we need to honor and respect that on all fronts.”

Her position on gaming and tribal relations are formed by her understanding of history as well as the realities of that dynamic. “It’s a shameful history and I think it’s something that white people are still grappling with, whether we know it or not, frankly. And that the more we can put it on the table – really talk about it – really talk about it in context of growth with one another and looking to the future; knowing that the future is being shaped by the past and that the present has been shaped by the past in a way that has been very, very hard on the Native American community, to put it lightly,” she said. “Acknowledging that and moving forward from there, and knowing that change continues to be needed and that we – the non-Native community have to move the dial ourselves with ourselves – to make sure we are valuing our neighbors as we ought, creating the opportunities that need creating.” 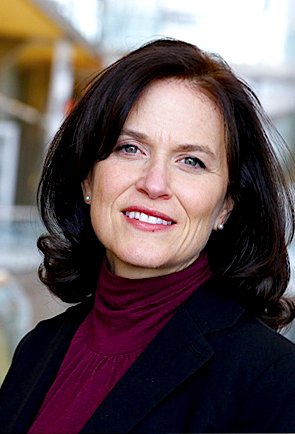 Hodges maintains her existing relationship with the urban Native community and says she looks forward to addressing the relevant issues in a way that’s realistic. “There’s so much great work happening in the Native American community right now with so many great minds and hearts, building not just the community but building Minneapolis. The work that’s happening at Little Earth, work that’s happening all across the city is work that’s building our city and I’m really excited about it.”

She continued, “I ran very clearly on a platform of building and growing the city and doing with, and by, and for everybody. And for me that clearly and very explicitly includes the Native American community in Minneapolis. And so I want to make sure I work with the community to help the community prosper to help our kids grow up healthy and have great opportunities.” But even with high hopes, she understands the reality of the situation. “I know those are the things that people say … but we have to start with what that vision is. And it is my commitment to operationalizing that in a way that moves the dial as far as we can. Starting from there and knowing that some of the key issues that I heard about from the community were about education, jobs, opportunities and police relationships. And so, moving forward on those in general for the city is something I’m going to be doing. But specifically to the Native American community, knowing that those needs are specific and our solutions have to be specific as well.”

She keeps the rocky terrain about police relationships in mind, but said she acknowledges that improvements can always be made. Specifically, she outlined her work with Police Chief Janee Harteau. “I think [she] is fantastic, she and I are forging a very good relationship with one another, I was very proud to support her; I think she gets it, I think she gets that community relations are very important and that we’ve been very good at being a high-tech police dept and we’ve gotten a a lot of great results that way. But we need to be a high-touch police department, so that those officers need to be out of the cars, interacting with people. We need to be fostering those relationships as well so as to build and rebuild trust between the community and the police department.”

One of the ways Hodges sees at building that relationship is fostering trust through the body camera program that has taken hold in cities like San Francisco. “I found money in the budget for the body cam program that should we move forward on that, and I anticipate that we will, that we have the dollars in place to do it and do it well. Because in other cities, it’s really transformed the community’s relationship with the police and vice versa, complaints go down and use of force goes down.”

The mayor said the city draws strength from its Native community. “I am proud of the fact that we have the largest urban American Indian population in the country. That’s a huge asset for our city; the perspective that you bring from other places, I think it gives you a different vantage point, you’d bring a different world view to solutions to challenges that we face.”

To that end, Hodges encourages members of the Native community to stay involved in city government as a means to keep her administration informed. “I would encourage involvement in the Neighborhood & Community Engagement Commission. That’s one of the things that when we put the NCEC together, I was the one who put the resolution out there that one of the things they’re charged with is looking into and telling us how to better diversify the folks who are applying for city boards and commissions. I just think that’s crucial and would love increased participation from the Native comm, I think that would be wonderful.”