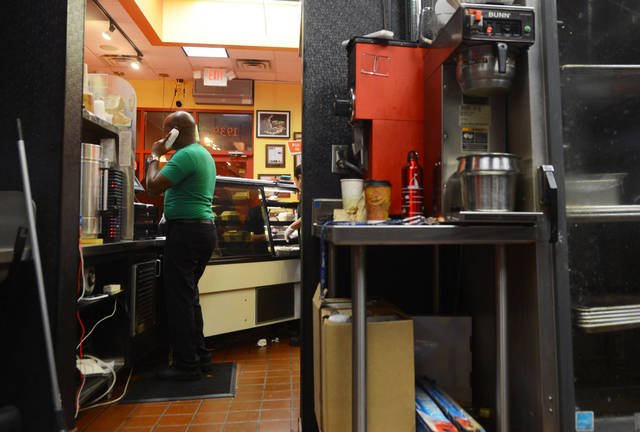 His restaurant is only open until 9 p.m., a time that’s too early for many Muslims to eat during the fasting period.

But an amendment to an existing Minneapolis ordinance may soon allow him to cater to the Muslim community during Ramadan.

The amendment, drafted by Ward 12 City Councilman Andrew Johnson, would allow businesses outside of downtown to apply to stay open later than 10 p.m. on weekdays and 11 p.m. on weekends.

Though it was written with Ramadan observers in mind, Johnson said he hopes other restaurants will use it to take advantage of the Chinese New Year or sports events.

“Depending on a particular location’s hours, they may close right after dark,” he said. “This is about creating reasonable flexibility for businesses.”

Cedar-Riverside, a neighborhood filled with halal markets and East African restaurants, would be particularly affected by the change, Johnson said.

The amendment would also allow grocery stores in the area to stay open later.

“It’s harder for families to pick up a few things at a store during Ramadan,” said Ward 6 City Councilman Abdi Warsame.

Business owners in the neighborhood say they hope the City Council will approve the amendment on Dec. 5.

“This will mean more business for people who want to come in later,” said Ali Jama, manager of West Bank Grocery, adding that “business is dead” on some days during Ramadan.

He said if they stayed open later, it would draw more business to him indirectly.

“As a business owner, them being open during Ramadan would be a huge benefit to us,” Ahmed said.

“It would create an equitable environment for small businesses,” she said.

The Hard Times Cafe on Riverside Avenue is open from 6 a.m. to 4 a.m., long enough for observers of Ramadan to eat there.

The amendment only applies to businesses outside of downtown without a liquor license, but Warsame said the city is looking to expand it to businesses that currently don’t qualify.

Warsame said there should be support from business owners, but right now the city will examine how it affects business if it passes.

“We’ll see how it does,” he said. “We’re exploring other options. It’s a change in the right direction.”

The amendment allows businesses to apply to extend their hours 35 days a year. The temporary closing time would be decided on a case-by-case basis. Warsame said the 35 days should be enough to allow for Ramadan and a few extra occasions.

Kahin said the ordinance would help the whole community.

“We want to have more accessibility; we don’t want to be limited,” said Kahin. “This neighborhood, West Bank, its life is community.”