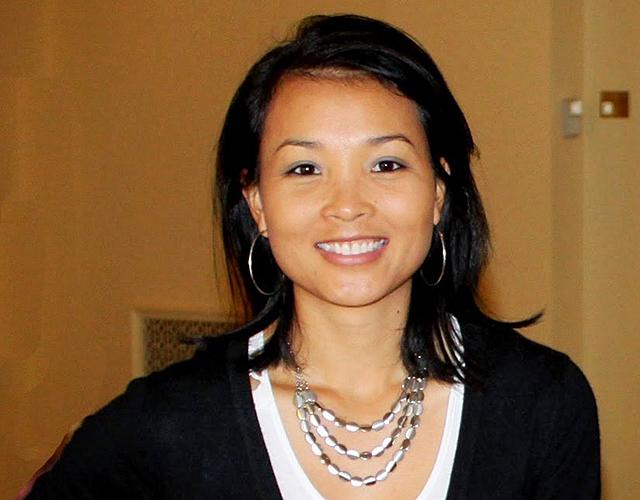 Thouni Seneyakone embraced and kissed her grandmother goodbye at age 5, leaving behind the farming life in Laos more than two decades ago to establish a new life in Minneapolis.

Although Seneyakone has forgotten many details of her childhood years in Laos, the whisper of her grandmother, Tonglor Seneyakone, into her ears still reverberates in her head: “Come back home when you finish school.”

And she’s now doing just that — but more than 20 years later.

Seneyakone, 28, is packing for a one-way trip in September to relive the simpler life of her homeland and to fulfill Tonglor’s dreams of empowering disadvantaged people in Laos, standing by the victims of sex trafficking and convincing them that life has more in store for them.

“My grandma wanted me to get education in the states and use my education and talent to assist the needy,” Seneyakone. “I’ll work with and train young people in Laos so they can become advocates for themselves.”

Seneyakone is leaving her operations associate job at Wallin Education Partners to relocate in Laos to work with Village Focus International (VFI), a nonprofit organization that focuses on leadership development and social change efforts in Laos and Cambodia. (She has been my co-worker at Wallin Education Partners, a Minneapolis nonprofit organization that gives scholarship money and advising services to low-income college students who graduate from high schools in the Twin Cites area.)

According to the VFI website, the organization has three major programs: protection and empowerment of women and children, healthy villages and local leadership and land and livelihoods.

While Seneyakone will be involved in all these programs, she said one project is closest to her heart: working with victims of sex trafficking.

“You’ll see very young girls, who were lied to,” she said. “Somebody told them that they would be working at well-paying jobs at factories outside Laos. But when they get there, they’re forced to work as prostitutes.”

Lao people who fall victims to sex trafficking are mostly migrants in search of jobs in neighboring countries such as Thailand, according to a 2012 United States government report.

“Many Lao migrants, particularly women, pay broker fees, normally ranging from the equivalents of $70 to $200, to obtain jobs in Thailand,” the report states. “But after their arrival, [they] are subjected to conditions of sexual servitude in Thailand’s commercial sex trade.”

Seneyakone said some of these people are eventually rescued, others escape. When they return to Laos, they’re marginalized by their relatives and the communities they live with. “They’re labeled as bad people — prostitutes,” though they’re actually victims.

The VFI shelters women in this situation, and part of Seneyakone’s job at VFI will be comforting and assisting them to find resources to improve their lives.

When Seneyakone arrived in the United States in 1995, she sat in a classroom with American-born fifth-graders. She couldn’t speak a word of English.

“It was tough,” she said. “It took me three years to speak up. I was a loner all those years.”

Three years later, English wasn’t an issue for Seneyakone. She had made many friends and excelled in her academic performance as well as sports activities.

When she began Patrick Henry High School in Minneapolis, however, Seneyakone started to feel like she was trapped between two different cultures, Asian and American.

“At home, I lived the Asian culture: I was expected to cook, to clean, to babysit and work for the family,” she said. “I wasn’t able to hang out as much as my American friends did.”

“She worked so hard in school despite the fact that she had a lot of family obligations,” Perkins said. “She was a really accomplished athlete; she loved playing sports, even though that wasn’t necessarily something that her family encouraged her to do.”

Perkins, who has known Seneyakone for more than 15 years, added: “Thouni fulfilled her family obligations while at the same time really kind of taking advantage of the things that American kids have available to them, even when she didn’t have somebody behind her, encouraging her.”

With her outstanding academic performance, community service and extracurricular activities, Seneyakone was named a Wallin Scholar in 2003. In the same year, she got accepted to the University of Minnesota, where she graduated in 2007 with a degree in global studies with a focus on Southeast Asian political economy.

“Graduating from college wasn’t easy,” she recalled. “My family wanted me to work. I decided to quit school.” But Seneyakone didn’t leave college, thanks to Rebecca Wallin, then executive director of Wallin Education Partners, and her program adviser who supported her when she was most vulnerable.

Seneyakone added: “If it wasn’t for Rebecca and this scholarship program, I wouldn’t have been where I’m today.”

And she would probably not have had what it takes to empower those in Laos and to pursue the wishes of her grandmother, who passed away in 2006.

Seneyakone isn’t waiting until she moves back home to begin the fight against human trafficking in Laos. She’s already involved in the battle with several other Asia-Americans — who are also anti-human trafficking advocates — from different states in the United States.

The team is organizing Run Laos Challenge, a marathon event featuring three female runners, whose nationalities include Lao and Hmong. The three-day event, which will take place in Laos, is set to begin on Nov. 1.

“The purpose of Run Laos Challenge is to promote a greater awareness of human trafficking in Laos,” Seneyakone said, “and to financially support programs with shelter, education and sufficiently prepare survivors for a renewed life.”

Sponsored by The VillageRun Foundation in collaboration with VFI, Run Laos Challenge is expected to raise $50,000.