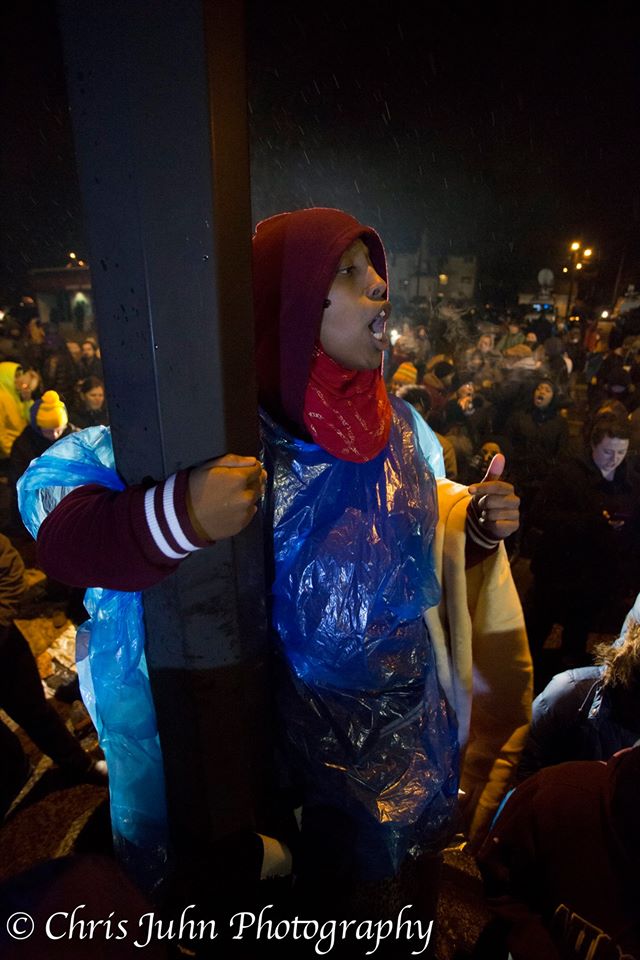 Sunday marked the killing of yet another unarmed Black man, Jamar Clark, at the hands of the police. This time it happened right here in Minneapolis, a city becoming increasingly divided along racial lines due to some of the nation’s largest racial gaps in employment, income, housing, education, and arrests, which has created significantly polarized realities between privileged whites and persecuted people of color. Such racial dynamics are indicative of an old master/slave relationship, making current conditions perfect for an enormous racial clash. That is, unless our elected officials can find the political will to provide relief to its suffering communities of color and prevent our city from going to hell.

Over the past few months leaders from Minneapolis’ Black and Brown communities, in partnership with labor, have been developing a platform of policies that would address the city’s economic apartheid. These policies, collectively known as the Working Families Agenda, aim to correct the current system, which values the livelihood of whites over that of people of color, who disproportionately make up the city’s low-wage workforce. The Working Families Agenda calls for a living wage of $15 per hour, an end to unfair scheduling practices and wage theft, and a mandate that all employers provide paid sick and safe time for all employees in the city. One week ago these leaders rallied hundreds of workers at city hall to call for an end to #MplsApartheid and temper racial hostilities by passing the Working Families Agenda. But their cries fell on deaf ears. Now, a week later, Minneapolis is on the brink of calamity due to the slaying of Jamar Clark who was allegedly handcuffed while shot execution style by the Minneapolis police, on its largely destitute and sometimes volatile north side.

Minneapolis, which is 40 percent people of color, is the largest city in a state that has the largest racial poverty gap in the nation. Ten of the 13 city council members are white, and not more than a couple of them possess the political will to prevent this “racial powder keg” from exploding. Two elected officials, in particular, seem to have the most to lose (or win): Minneapolis City Councilmember Jacob Frey and Mayor Betsy Hodges.

Frey has recently come out against the Working Families Agenda. In 2013 Frey catapulted into office on the backs of working Black and Brown people who helped him unseat the two term incumbent. The young, ambitious Frey, who was heralded as the face of new leadership, courted both the business community and the equity movement. Since taking office, Frey has faced nonstop criticism by those in the movement for running as a progressive but governing with the old, conservative guard of the council, who unanimously oppose the Working Families Agenda.

Mayor Betsy Hodges also benefited from the momentum of the equity movement in 2013 when she narrowly won the mayor’s race by vowing to make this city “One Minneapolis.” Since assuming office Hodges has done little more than talk about closing the racial gaps that make Minneapolis one of the worst cities in the nation for its Black residents. Earlier this year the mayor spoke out against a $15 hourly living wage at the local level. And just last month she abandoned her support on fair scheduling after strong opposition from the local Chamber of Commerce, led by Target.

Promising everything to everyone and refusing to take a hard stance when it is politically inconvenient is the hallmark of a true moderate. But Hodges and Frey cannot be both pro-equity and against regulation which oversees that equity is happening; they cannot be both on the side of working people and sympathetic to businesses and their practices that keep people poor; they cannot claim to be pro-development (as a means for addressing social problems) while sponsoring gentrification; they cannot decide on our behalf what “benefits” us while at the same time ignoring our voices.

Over 50 years ago, Dr. Martin Luther King, Jr. spoke about the leaders of the times, which prophetically speaks volumes of today’s leaders:

I have almost reached the regrettable conclusion that the Negro’s great stumbling block in his stride toward freedom is not the White Citizen’s Councilor or the Ku Klux Klanner, but the white moderate, who is more devoted to “order” than to justice; who prefers a negative peace which is the absence of tension to a positive peace which is the presence of justice; who constantly says: “I agree with you in the goal you seek, but I cannot agree with your methods of direct action”; who paternalistically believes he can set the timetable for another man’s freedom; who lives by a mythical concept of time and who constantly advises the Negro to wait for a “more convenient season.” Shallow understanding from people of good will is more frustrating than absolute misunderstanding from people of ill will. Lukewarm acceptance is much more bewildering than outright rejection.

Black and Brown people do not have the privilege of being moderate because our lives are on the line. And, although most white people do not yet understand it, theirs are too.

While many of our community leaders have predicted that Minneapolis will be the next Ferguson or Baltimore, many of our politicians have feared for when that moment will actually arrive. Sadly, this very rational fear has not been coupled with rational decision making, as city leaders have done nothing to improve the conditions of poor folks of color. Sunday’s killing of Jamar Clark just might be that spark. With race relations fragile and with so much at stake, Minneapolis City Hall will be completely liable whenthat “racial powder keg” blows, just like it did in Baltimore and Ferguson. Let us see to it!