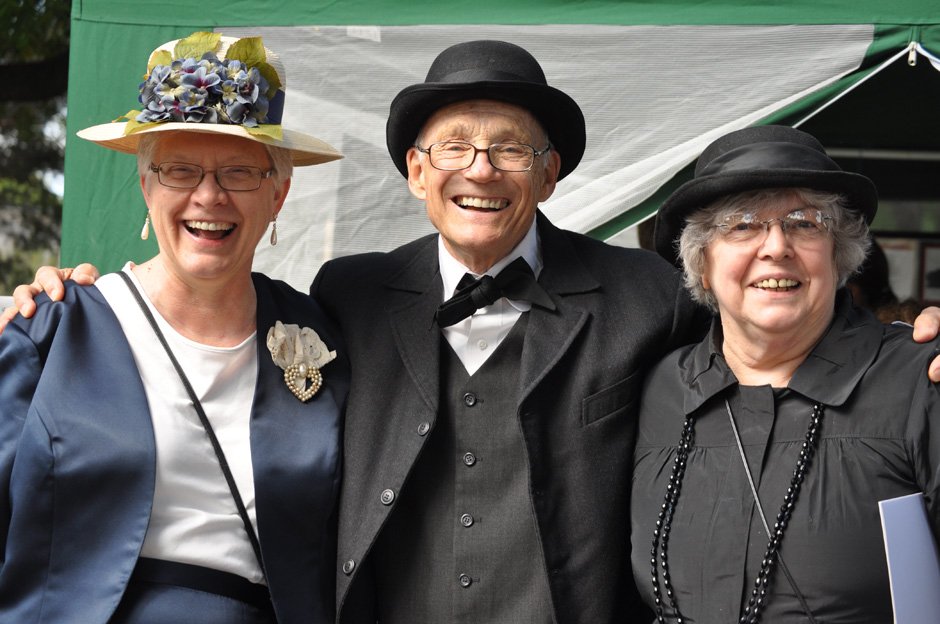 Organizers for Seward’s King’s Fair couldn’t have picked a better day. There were lots of people out enjoying all of the fun activities – from the strong man competition to pony rides and a petting zoo to two stages for music. We heard lots of comments saying that this was the best King’s Fair yet. Thanks to everyone who stopped by our table – it’s always so much fun to talk to readers.

For coverage of this event, we were lucky enough to have Seward-based photographer and designer Jennifer Larson capture the day with her excellent photography. Enjoy the recap!

In costume. The King’s Fair was originally held in the 19th century in Seward, sponsored by local businessman William S. King.

Los Campeones held a strong man competition, which drew in the crowds.

Entry in the vegetable competition.

Cute canines were out an about in their best costume for the dog contest.

The music was lively all day long at two stages.

Hula hoop building was a hit, and people had fun hula hooping to the music.

Lots of local businesses and organizations had a table at the King’s Fair. Here’s the Welna Hardware display.

Playing with bubbles late in the day.