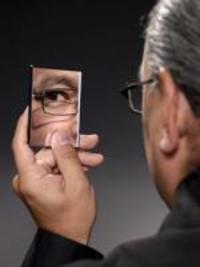 The Minneapolis Institute of Arts (MIA) is losing its Associate Curator of Native American Art, Joe Horse Capture, to the Smithsonian’s National Museum of the American Indian, MPR News reported last week. TCDP’s lengthy list of articles on Joe Horse Capture is a testament to his community involvement and contributions to the art community; as MPR put it, “The Minneapolis Institute of Arts is losing a great curator.”

Horse Capture has been at the MIA since 1997, helping to raise the profile of Native American art in the state. In 2010, the TCDP reported that he helped bring “Art of the Native Americans: The Thaw Collection” to the MIA for three months; the collection houses “some of the most beautiful works of North American Indian art.”

He also acquired several important pieces for the MIA’s own collection–including a 300-year-old shirt that was possibly created by a Dakota woman in Minnesota.

Horse Capture was behind an MIA youth outreach program called “The Young People’s Ofrenda Project”, a partnership with local schools that showcases student work within the Mexican tradition of Dia de los Muertos. “The diversity of impact on young people is really evident in this project,” he told Sheila Regan in 2012.