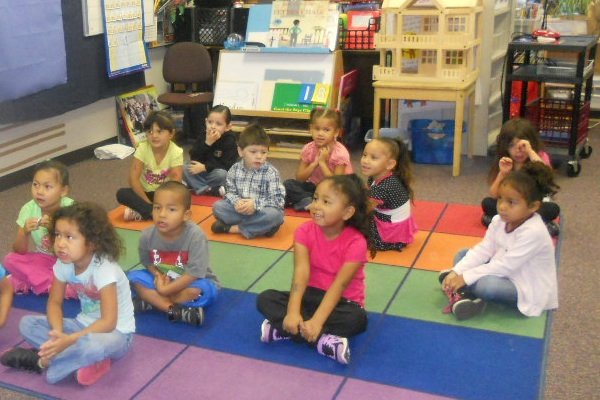 With a 92 percent poverty rate, the 2,000 Native American students who attend Minneapolis Public Schools face significant hurdles on their road to academic and personal success. An example of these hurdles comes from Anishinabe Academy, the district’s city-wide Native American magnet school: more than 30 percent of the students at this school are homeless at any given time during the school year.

The district’s Indian Education program works on behalf of these students and their families. The program was created in 1972, as part of the Federal Indian Education Act’s mandate to “meet the unique needs of American Indian and Alaskan Native students.” Danielle Grant, the current director of the program, brings both a forward-looking and a historical perspective to her work, which focuses on the “integration of academic rigor with cultural responsiveness” for all Native kids in the Minneapolis Public Schools.

Grant acknowledges that many Native families lack trust in school and government systems. Grant calls this “historical trauma,” and connects it to the time when Native children were removed from their tribal communities and sent to boarding schools in an attempt to destroy indigenous ways of life. Grant said it is important to help families face this traumatic past, and attempt to “begin to heal.”

The district’s citywide Title 7 Committee for Native American parents has what Grant said is a “competitive” election process.

Minneapolis parent Comanche Fairbanks has been the co-chair of this committee for the last two years, and he credits the committee, and program director Grant, with greatly improving Native parents’ access to, and understanding of their rights within the Minneapolis public schools.

Fairbanks said Indian Education parent engagement coordinator Deanna Standingcloud also has done a good job of directly informing and engaging parents in the district, thereby providing not only a forum for the voices of Native parents, but also greater transparency regarding district processes.

As a parent, though, Fairbanks expresses some dismay with the educational options for his children. While his younger children have done well at the elementary school level, Fairbanks is educating his oldest child, who would be in ninth grade, at home this year. Fairbanks is discouraged with the high rate of Special Education diagnoses for Native children, saying that this is done because these children are “misunderstood.”

Instead, Fairbanks wishes teachers were “more aware of the learning styles” of Native children, which he said would involve “experiential, practical,” and “hands-on learning.” Fairbanks sees this as a contrast to the focus on “standards” at the high school level, where the teacher is the authority figure and the students are expected to be passive in the classroom.

Fairbanks’ concern, in fact, for high school age Native students is that, at a time when they are ready to dig deep, explore, and find a passion of their own, they are being “force-fed” about what they need to know and what it means to be good students. In Fairbanks’ experience as a parent and an education consultant, this causes many Native students to become “resistant” learners.

Indian Education program director Grant is also aware of this issue, and she considers teacher training to be a very important part of her program’s mission. Grant said that, while many other Indian Education programs focus on students, the Minneapolis program includes a heavy emphasis on educating teachers about “best practices for teaching Native students.”

This means working with teachers across the district who choose to participate in the program’s training sessions. In these sessions, they learn how to make their lessons more “experiential, applicable,” and “relevant,” which matches well with what parent Comanche Fairbanks says he would like to see in the schools.