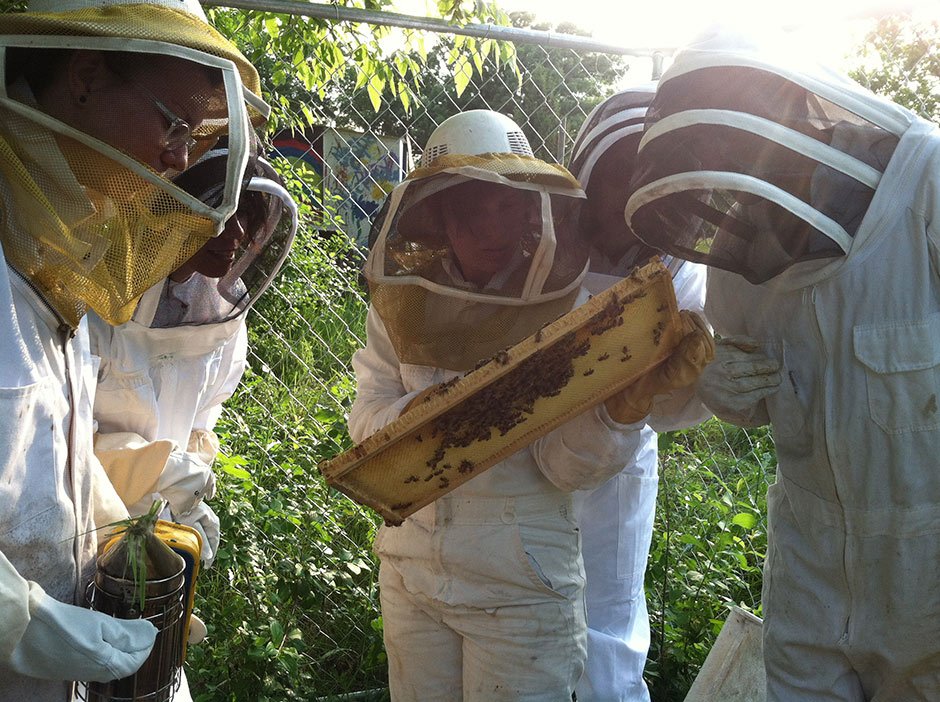 This morning, Erin Rupp and Kristy Lynn Allen, the women behind Beez Kneez, announced that due to legal reasons they were forced to stop the remodel of the building that would be the future home of the Honey House at 3956-42nd Ave S.

They wrote, “To our shock and dismay, this incredible space came with an externality, an obstacle none of us could have anticipated. For legal reasons, we were forced to stop our remodel and consider the viability of our future at 3957 42nd ave S.”

Since honey extraction is a time-sensitive project, Rupp and Allen needed to find a new space quickly. ReDesign found a new, permanent home for the Honey House at 2204 Minnehaha Ave. S. near Spokes and Growing Lots Urban Farm in Seward.

The 42nd Ave. location will continue to operate as a permiculture urban farm. “The building remains a beautiful space, and with the community engagement we’ve already done together, it will serve as a hub for something exciting and wonderful, if yet unknown,” wrote Allen and Rupp.

The two plan to have the new space in Seward open by August 19th, and are planning to host an open house at the space in the beginning of September.

Learn more about Beez Kneez and the Honey House.

The Honey House is located at 2204 Minnehaha Ave. S. in Minneapolis.