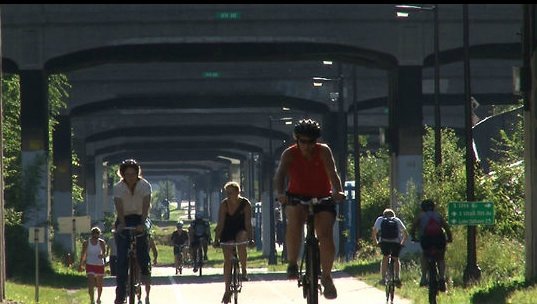 If you’re a millennial and you’re looking for a job in a new city, you might have read (or want to read) the November 19th article in The Atlantic about “why it’s so hard for millenials to find a place to live and work”. The problem, it seems, is that the cities with the most upward mobility and the highest median incomes are also the cities with the least affordable housing.

Three cities, however, buck that trend: Pittsburgh, Salt Lake City, and our own Minneapolis. While I could play booster for Minneapolis (it has the highest median income of those three cities according to a follow-up article on Vox.com) there’s a different angle to this story: Bikes. 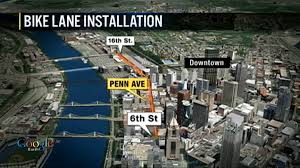 Pittsburgh became a national model for rapid bikeway progress this year when they announced, planned, and built their first three protected bike lanes in only four months. The city took the bold move of pushing the process forward–and the result? Over 1000 thank-you letters to the mayor of Pittsburgh from every zip code in the city and a number of surrounding suburbs.

That isn’t to say Pittsburgh hasn’t experienced some “bikelash” as Mayor Bill Peduto cleverly called the push-back from drivers. However, the project started with strong cyclist and business support and it’s reasonable to give time for education of the wider driving public. 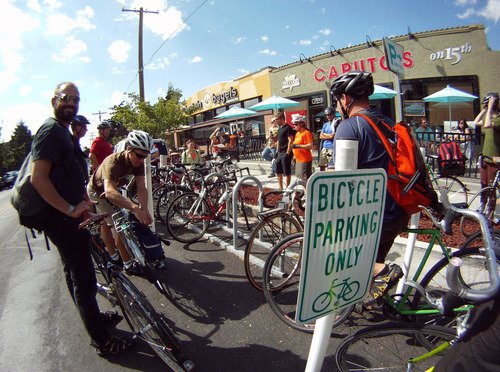 Salt Lake City, as opposed to Pittsburgh, has a well-established cycling culture. From the hard-core spandex dudes (and chicks) riding the 8.3 miles of 3472 feet of vertical of Little Cottonwood Canyon (average grade of 9.2% for you climbing junkies) to its 2012 debut of one of the first city DOT bike web pages in the country, Salt Lake has taken a strong, early and successful stance on cycling as a sport and a means of transportation. (Full disclosure: this author spent 17 years in Salt Lake City, loves it, and misses it, even while embracing Saint Paul as her new home.)

And then there’s Minneapolis. I think I can assume most streets.mn readers know a little something about bike infrastructure in Minneapolis. We’ve had a turn ranked as the top bike friendly city in the nation by Bicycling magazine, and we’ve got a current designation by League of American Bicyclists as a Gold Level Bicycle Friendly City.

While Salt Lake City, Pittsburgh, and Minneapolis aren’t the only bike friendly communities on The Atlantic’s list of hot millennial picks for upward mobility (Denver, San Francisco, New York, I’m looking at you), they’re certainly doing better than some of the other “affordable” metros.

Affordable housing, upward mobility, and great bike infrastructure: in the race to attract Millenials, we’ve got the trifecta.