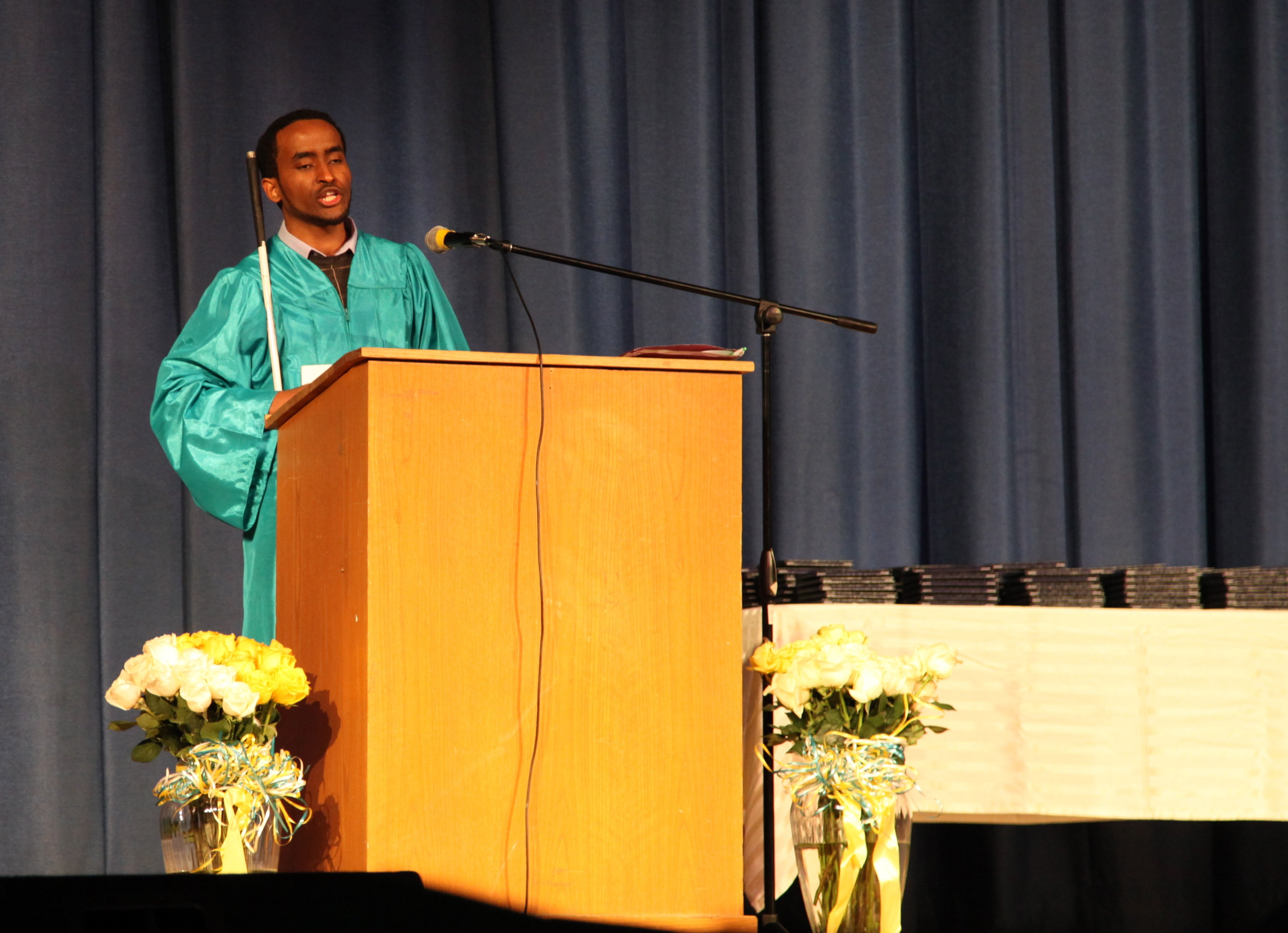 Last Thursday night, January 16, in front of a packed auditorium at Edison High School in northeast Minneapolis, 160 graduates walked across a stage to receive their GED. The GED, which stands for “General Educational Development” is a test that gives adults who never finished high school the opportunity to receive a high school equivalency credential.

During the ceremony, five graduates addressed the crowd and shared a little about their personal journeys, including Ibrahim Muzamil, who recently wrote about losing his eyesight as a child, moving from his native Ethiopia to the United States in 2007, and his dedication to learning English and pursuing his GED.

Several staff members from Minneapolis Public Schools participated in the graduation ceremony, including Carlye Peterson, Program Manager of Minneapolis Adult Education. She and her staff run the GED testing center in Minneapolis, where just under 900 individuals completed the test in 2013.

Peterson said that she usually sees about 600 students take the GED per year, and the record number of test takers was probably due to introduction of a new version of the test, which began on January 1, 2014. Because of the new version of the test, students who had been enrolled in classes had to either finish the program by December 31 or start over on January 1. “It’s quite a motivator to get them to come back and take the test. Eleven years worth of testers said “Oh my gosh, I have to take this,” she said.

According to Peterson, 80 percent of the new test is the same as the 2002 version, but the old pencil and paper test has been replaced by a new computerized version.

Peterson said that at a national level, GED programs are becoming more aligned with career and college readiness as opposed to just high school equivalency in an effort to make sure that adults are better equipped when they head out looking for jobs.

Chikita Mosley, a GED graduate at the ceremony, said that pursuing a career is her next goal now that she has received her GED. “I want to do something with either children or helping others. Like either nursing or caring for someone,” she said. Mosley spent two and a half months working towards her GED, while juggling work and taking care of kids. She took night classes and said that the instructors at the Adult Education program were very supportive and worked around her schedule while she was in the program.

Mosley said says in addition to helping her move onto to the things in life that she wants to do, she views her attainment of the GED as inspirational to other people. “I hope that I help others to see that it can be done. Just stay dedicated and committed,” she said.

Ibrahim Muzamil addressing the crowd during the graduation ceremony.

Anthony Williams introducing graduates during the Presentation of Diplomas

Chikita Mosley and her nephews Chris Little (left) and Allen Little (right) after the ceremony.