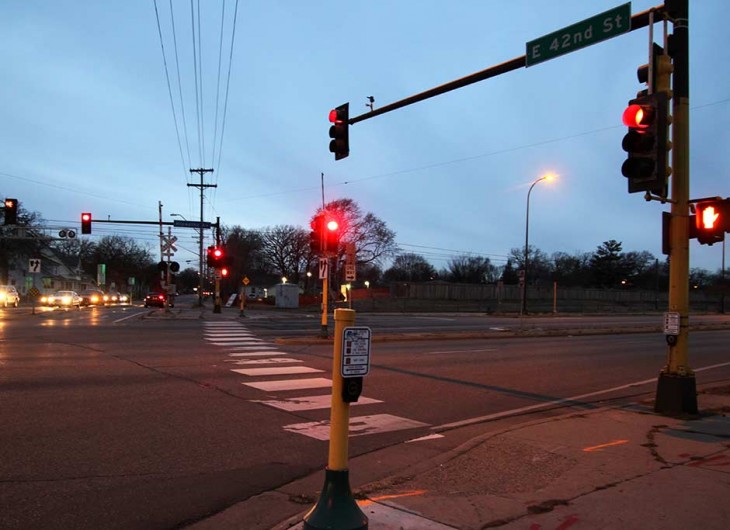 Image courtesy of the City of Minneapolis.

The updated traffic signal controllers take advantage of advancements in technology and are specifically designed to operate in conjunction with a light rail system. “The equipment didn’t exist when the project started in 2004,” said Allan Klugman, senior professional engineer at the City of Minneapolis Department of Public Works. “This new system will be able to determine who has been waiting the longest and will serve those people first, reducing the long back-ups and wait times.”

Another feature the system offers is the ability to skip lights if there is no traffic waiting and move on to the next lane of cars. Councilperson Sandra Colvin Roy explained to Minnesota Public Radio, “If [vehicles are at the intersection] at 10 o’clock at night and we don’t have rush hour traffic going down the highway, the controller will also know how many cars are sitting at any particular direction.”

Previously when a train would pass by, the traffic lights would restart at the beginning of the traffic cycle instead of resuming the cycle. If there were several trains in a row, the issue was compounded, causing long back-ups and wait times for some lanes of traffic.

The $1.1 million project is on budget according to Klugman, and the city expects the controllers to last for decades.