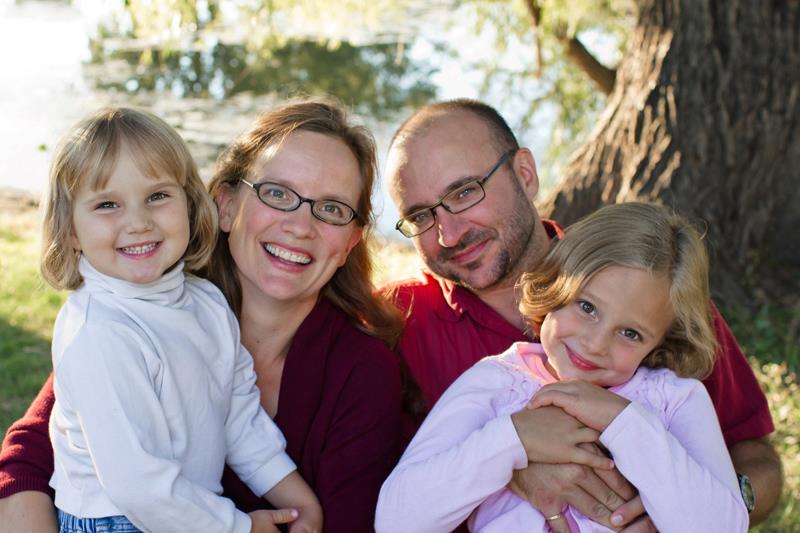 Bridgit Jordan and Frank Bures with their children, Josie and Libby

A new school year has just begun at Windom Dual Immersion School in south Minneapolis, and second grader Libby Bures and her sister Josie, who is starting kindergarten, will be there. The two girls will be learning Spanish along with the usual academic subjects, and this is ultimately a significant part of what led their parents, Bridgit Jordan and Frank Bures, to choose Windom for their children.

The way Bridgit Jordan sees it, the Minneapolis public schools offer “great and diverse choices” to parents. Although she is appreciative of these choices, Jordan says that she and her husband Frank Bures also found the school choice process to be “overwhelming.”

As they searched for a school for their oldest daughter, Libby, a few years ago, Jordan recalls touring schools and not being sure “what to pay attention to.” There was seemingly so much to factor in to the decision, such as “learning philosophies, principals, gut feelings,” and what parents and kids “had to say about the school.”

Finally, what won Jordan and Bures over to Windom was the small size of the school, which made it seem accessible and welcoming, and the fact that it is a dual immersion school, meaning students at the school can become fluent in both Spanish and English. As Jordan put it, “Our children would leave the program fluent in another language, opening doors for their future.”

Since becoming a Windom School family, Jordan and Bures have been impressed with what they’ve found. Jordan describes a school community where “all of the teachers have connected with us and our children in a very personal way” through hugs, emails, and visits outside of regular school hours. Jordan also mentioned the teaching assistants from Spanish-speaking countries who are brought to the school each year, and the opportunities Windom families have to host these assistants.

Although the immersion program has been very beneficial for the Bures children, Jordan did note one difficulty she’s seen, as a parent. For Jordan, “finding a bridge to the Spanish speaking parents” at the school has been a challenge. In lieu of a shared spoken language, Jordan says she ends up “nodding and smiling a lot” with some of the other parents. Also, Jordan said that she “sure would like to see the students get a few more minutes to eat their lunches.”

All in all, the opportunity to immerse their children not just in another language, but also other cultures and global learning opportunities has made Windom Dual Immersion School a meaningful choice for Jordan and her husband. In fact, the family is already looking forward to the school’s annual holiday concert, where families get together to “watch Windom’s fabulous music teacher lead the kids in singing songs and playing instruments from all over the globe.”