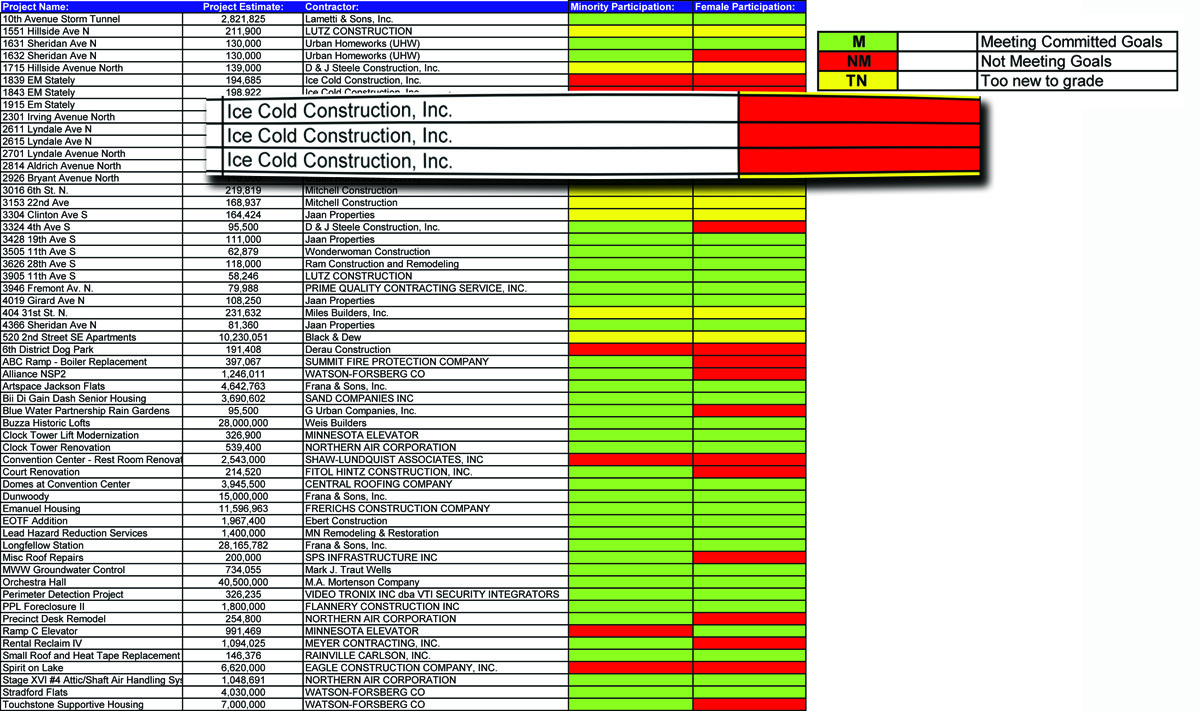 “We will publish it monthly” on the department’s website, announced City Assistant Contract Compliance Director Michael McHugh last week of the 57 projects currently being monitoring for people of color and female workers. “It is to make sure that the contractors who are doing work with the City are being accountable to meet the participation goal that’s set for them.” 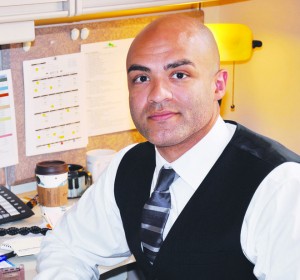 “At the beginning of the project [and] before they actually start work on the project, they state to us what they are going to perform as far as their [workforce] participation goals,” continued McHugh. “It [also] depends on the scope of the work to get to those 32 percent [goals].”

“We are actively monitoring [each project] all the time,” pledged McHugh. “It is not just sitting back and collecting the numbers.”

He notes that regular monitoring by his seven-person staff is “done on a weekly basis…on who they are hiring, how they are hiring, and, if they say they can’t find minority contractors and workers, what they are doing to go beyond the unions and community organizations to help them find female and minority workers.

“If the [contractors] do all of the ‘good faith’ effort to find women and minority workers and they document that,” said McHugh, “and we accept that, their goal can be less than the actual six [percent] and 32 [percent].”

A contractor’s “good faith” effort includes working with unions, community organizations and others to find Blacks, other people of color and women workers. “They have to document their efforts to find and work with different minorities,” noted McHugh, who added that a contractor can be penalized: “If they don’t meet their goals and they don’t do a good-faith effort, and they don’t document their efforts to find women and minorities to do business with, then we deny the project.”

This penalty “that we can assess for negligence for not meeting their participation goals” can be as much as five percent of the total cost of the contract, he pointed out. It doesn’t, however, prevent them from bidding for future contracts.

“The [monthly] posting online definitely helps. It puts the spotlight on all the contractors that are doing work with the City, and what their participation actually is per project,” says McHugh. “We are being proactive in working with contractors to make sure they are looking everywhere they can for women and minorities for the worksite.”