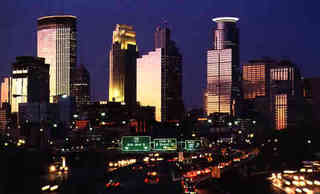 After five grueling hours of politicking in a north Minneapolis gymnasium, DFLers handed out no endorsement in the race to fill one of three open seats on the City Council.

Four candidates were vying for the party’s nod in the Fifth Ward, which covers the southern half of the city’s North Side. Attorney Ian Alexander came within less than a percentage point of the 60 percent threshold needed to win, but failed to pick up more momentum. Delegates voted to adjourn after the fifth ballot did not produce a winner…

All four candidates plan to continue in the race.

The three not noted in the blockquote are Brett Buckner, Blong Yang, and Ken Foxworth. Ranked-choice voting was used; if that gets your attention, read the article for more.

That’s all for the endorsements; there’s a list on the Minneapolis DFL webpage. To summarize, DFL incumbents were not endorsed in Wards 3, 6, 10, and 12. Challengers were endorsed in all of those except 12. It’s quite clear that many Minneapolis DFL activists want change.

In Ward 13, Matt Perry’s campaign website and Facebook page are both mum on whether he plans to run against the endorsed candidate, Linea Palmisano, in the general. Perhaps he’s still making up his mind. Ditto for Meg Tuthill, the Ward 10 incumbent who was not endorsed (Lisa Bender was). Not-endorsed incumbents Diane Hofstede (Ward 3), Robert Lilligren (Ward 6), and Sandy Colvin Roy (Ward 12) are definitely running.