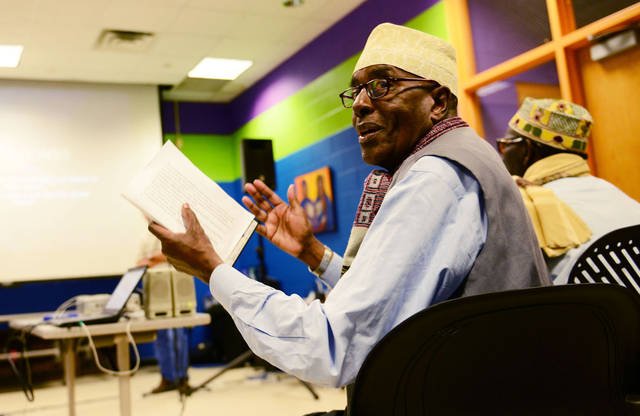 Community groups in Cedar-Riverside are joining other University of Minnesota neighborhoods’ efforts to control the effects of development.

Those higher prices around the station could lead to higher property taxes and, in turn, higher rent for Cedar-Riverside businesses, he said.

“That’s our major concern: What will happen to businesses that are renting?” Mungavan told the crowd of about 30 at the Coyle Community Center on Thursday.

The current plan, approved by the Minneapolis City Council in 2008, didn’t include enough input from those who may be threatened with displacement, Mungavan said, particularly the neighborhood’s immigrant communities.

Although the city involved a variety of stakeholders in drafting the 2008 plan, Bernard said, his department is open to more community proposals.

Mungavan had planned to present a resolution proposing a new small area plan, but he tabled the item for a future meeting.

Displacement was an issue during the urban revival projects on the West Bank in the 1970s, when ambitious projects like Riverside Plaza were set to completely change the neighborhood.

When the West Bank light-rail station opens, higher land prices could again displace residents and businesses living near the stop.

“We’ve always been committed to the idea that residents should be part of the decision-making and that low-income people should not be pushed out by public action,” Mungavan said.

A 2010 city study labeled the area around the stop on Washington Avenue Southeast between the University’s West Bank campus and Interstate 35-W a “potential development zone.”

While some residents could be displaced, Bernard said higher land prices could also be a benefit for people who want more market-rate housing, and the city has to consider both perspectives.

The debate around Cedar-Riverside’s future received a boost after Faisal Roble, a Los Angeles city planner, gave a speech at a community meeting in June.

Roble focused on his experience with public transit systems and their effects on the communities they pass through.

“We want to be in a good position to take advantage of the light rail,” he said. “We don’t want to be the least developed or a forgotten area.”

“Development is coming very fast, so we have got to be prepared for it,” he said. “Otherwise, we’re going to be victims of it.”