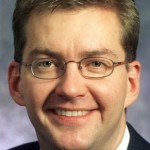 The public will be heard before the jet noise gets any louder around the Minneapolis-St. Paul International airport.

A “highways in the sky” plan that would have concentrated flights and the resulting noise over smaller areas around the Minneapolis-St. Paul International Airport has been delayed so the Metropolitan Airport Commission (MAC) can hold public hearings.

“I’m happy to say that the chair of the MAC and I spoke earlier today and he has in fact garnered enough votes on the MAC to delay that decision so that we do proper environmental study, ” Dibble told The UpTake’s Michael McIntee in an AM950 radio interview on Friday.

Dibble and other Minneapolis lawmakers’ letter to the MAC requests an Environmental Impact Study and public hearings before the MAC votes on the changes.

Dibble implied that in the past such a change would have probably triggered an automatic environmental study and hearings, but recent congressional action changed that.

“There was a little piece that was snuck into FAA reauthorization that eliminated the MAC’s and the FAA’s environmental and public study responsibilities around that and so they’re just kind of ramming this thing through.