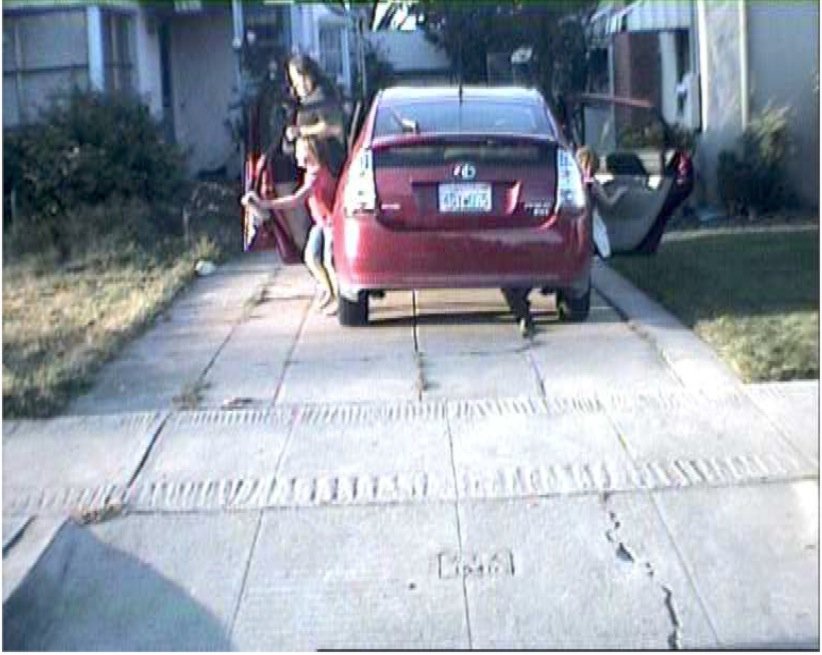 The Legislature within several of its committees and soon on the floor are discussing proposals that will allow law enforcement to gather in mass hundreds of thousands, if not millions of license plate scans/reads on innocent people using automated license plate readers. (ALPR)  What these scans collect on people as they drive around the streets are license plate number, time, data, and GPS location, but also photos like the ones above.

The collected data are matched against a database that the Minnesota Department of Public Safety operates.  The database is known  a “hotlist” or “watch list.”  It is formally known as the Minnesota License Plate Data File. Local law enforcement agencies may have their own watchlists, too.

In simple terms, data collected from a license plate reader is compared to a list of warrants, stolen cars, and a hodgepodge of other data bits in a database.  A hit is produced, which then alerts law enforcement that there could be a wanted person in the vehicle.

“What’s wrong with that?” law enforcement has asked me.

Nothing is wrong with hit data, and the ability to track down the bad guys.  What’s wrong is the wat that law enforcement has decided to use the technology for other purposes – without involving the public and policy makers in discussing the implications of the technology.

Most of what license plate readers capture is data on innocent people.  We haven’t been told about how that data is shared with others – including law enforcement agencies or private companies. Or why a database full of the whereabouts of innocents Minnesotans is necessary to keep for long periods of time. Or more importantly, how the collection of this type of data on innocent and law abiding people presumes everyone is guilty, and turns the presumption of innocence on its head.

The Legislature is currently sorting out the various interests involve in the use of license plate readers.  There are two bills that have introduced, and they are at the center of the debate.

The two bills are HF155/SF31 and HF222/SF86. They have major differences in their approaches to LPR:

HF155/SF31 is the position that the Legislative Commission on Data Practices and Personal Data Privacy recommended.  The bill permits license plate data that matches the hotlist/watchlist to be retained if it identifies the vehicle or plate as stolen, if there is a warrant for arrest of the owner, if the owner has a suspended/revoked license, or if the data is part of an active criminal investigation.  There is no data kept on innocent and law-biding people.

That differs with HF222/SF86, which is the bill being pushed by law enforcement interests.  There is a requirement in that bill that data such as location, license plate number, time, data, and GPS coordinates, and photos of all scanned vehicles be kept for 90 days.  In other words, law enforcement is able to keep mass surveillance data on innocent Minnesotans.

By far, “non-hit” data is the biggest part of the data gathered by ALPR readers.  In 2011,  Minneapolis Police collected 3,750,877 license plate scans, but only 0.68 percent (25,543) were hits.  Just recently, based on a data request, KSTP was provided with the following.  One sees that the percentage is a half a percent of one percent that there are hits:

In both cases, most of the plates belong to innocent drivers.  I’ve filed ALPR data requests since 2011 with law enforcement agencies such as Duluth and Maplewood.  On average, less than one percent of plates paired up with a hotlist/watchlist, and even fewer led to an arrest, according to the data I received.

As it heads towards it’s May adjournment, the legislature will have many discussions on the ALPR issue.  As evidenced last week in a Senate Committee. (Law enforcement-backed license plate reader bill narrowly survives)  Many questions still need to be answered.  Some of them are: should there be a centralized repository and collection of ALPR data with location and photos of innocent Minnesotans?   How deep and expansive should the law enforcement purpose be with the use of ALPRs?  And how can First Amendment activities be protected from law enforcement monitoring?

If the Legislature decides to keep the kind of data as outlined at the beginning of this post, it will be setting the stage for collecting mass surveillance data on innocent Minnesotans for all other law enforcement technologies that are on the horizon, including facial recognition software.

Whatever the product of the Legislature will be, it must be one which achieves common aims of public safety, but also does not keep huge troves of data on innocent people to be used in integrated networks, shared with the Federal government, runs against our tradition of specific, targeted investigations, presumption of innocence, and our privacy and liberty traditions.