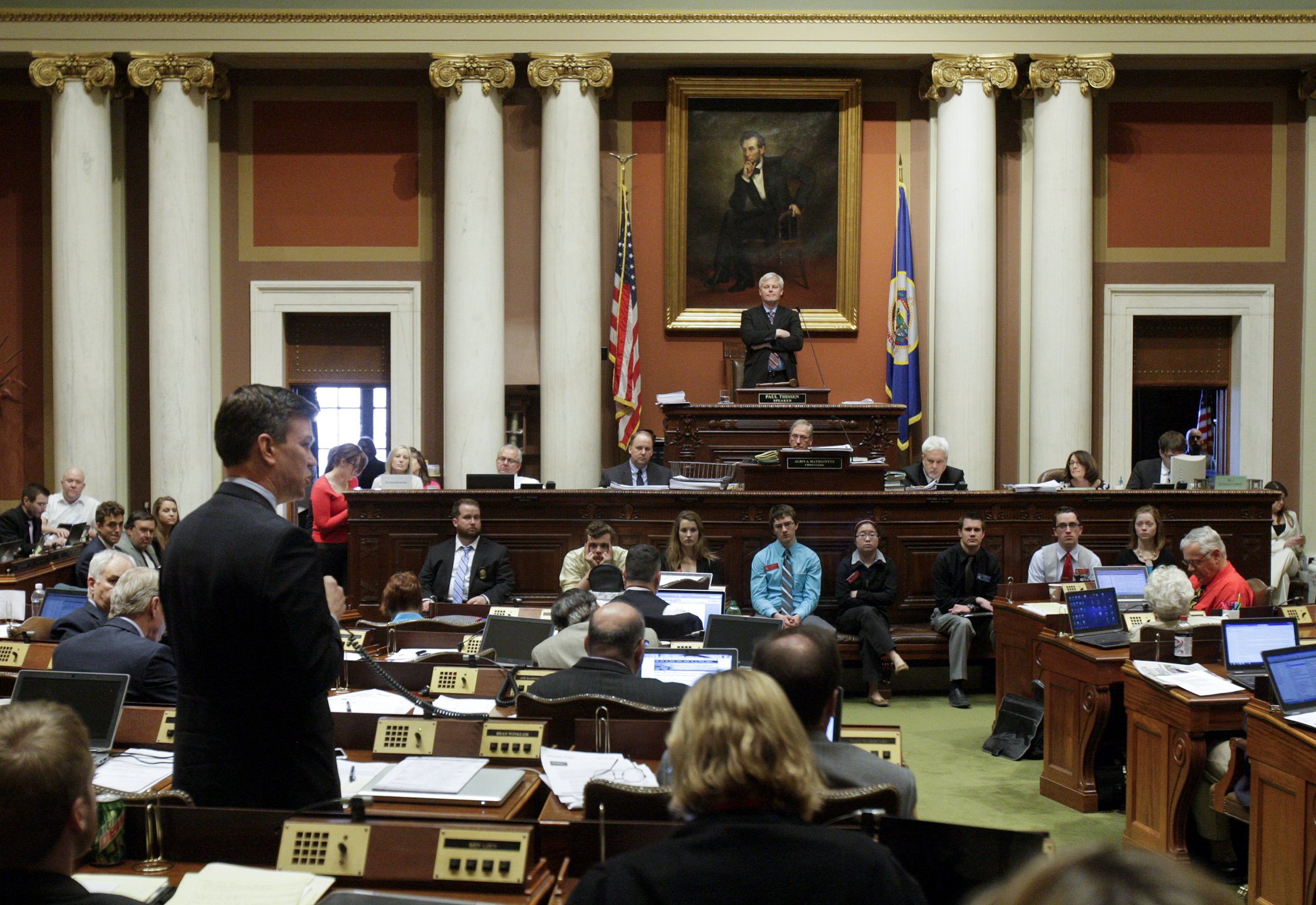 Rep. Ryan Winkler makes his closing comments April 10 before the House takes a vote on a bill to increase the state’s minimum wage. The bill passed 71-60 and now goes to the governor for action. (Photo by Paul Battaglia)

After nearly three hours of debate — and several accusations that the minimum wage package was done as a “back room deal” between House and Senate leadership in exchange for a new legislative office building — the House voted 71-60 to increase the state’s minimum hourly wage to $9.50, phasing it in by 2016, and indexing for inflation starting in 2018.

The Senate passed the measure 35-31 on Wednesday. Gov. Mark Dayton announced he will sign the bill into law Monday afternoon.

The state’s current minimum wage is $6.15 per hour, but most businesses use the federal $7.25 rate.

“Raising the minimum wage will increase the spending power of hundreds of thousands of Minnesotans and inject hundreds of millions of dollars into our state’s economy,” said Rep. Ryan Winkler (DFL-Golden Valley), who sponsors HF2091 with Sen. Jeff Hayden (DFL-Mpls). “It will improve our economy and make our economy better reflect our values.”

The new agreement, negotiated over the past year and announced earlier this week, was amended by the Senate onto a bill that regulated state employee use of donated vacation leave. Once the House received the bill back from the Senate, House members were only able to vote to concur on the changes to the bill before voting for its re-passage.

“This is disgraceful,” said Rep. Pat Garofalo (R-Farmington). “Sometimes compromises are needed in this body. What you are seeing today is a bargain among thieves; this for a Senate building.”

Supporters said the deal was not contingent on a plan to build a new $77 million legislative office building that would be used to house the Senate.

“When I think about what we’re doing today, I know that when this becomes law this will mean relief and hope,” said House Majority Leader Erin Murphy (DFL-St. Paul). “I believe that hard work should pay off. If we don’t raise the minimum wage, people won’t get ahead.”

Murphy offered statistics about the income gap between high- and low-wage workers. In just three hours, the length of the debate on the bill, the average CEO earned what a minimum wage worker would make in a year, she said. “We’re here to do the work of the people. We came here to fight for the middle class, and build it from the middle out.”

Details of the bill include: