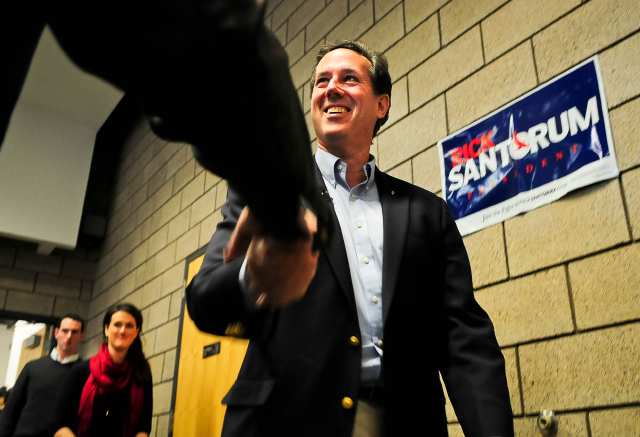 Mini-Tuesday is over and done in Minnesota, Missouri, and Colorado. Santorum sweeps the three states. Who were the winners and losers in it? Do the numbers.

There have been 8 primaries and caucuses:

With the three wins yesterday Santorum’s victories raise big questions about Romney’s inevitability and momentum. After Florida and Nevada Romney supporters said he was clearly the frontrunner. However, as I argued, only his Florida victory is a real one and he underperformed in Nevada compared to 2008.

Romney definitely underperformed in MN yesterday (third) compared to a 2008 victory. Overall, there is little Mitt can point to yesterday that indictes victory, momentum, or that he is consolidating his support among conservatives. The three states yesterday featured the hardcore conservative base and they are still not with him.

Yet Romney can point to a different fact–no delegates awarded yesterday. Romney still leads in this category.

Doing the delegates, Romney has about as many delegates as the other three candidates combined.
Going forward there will be several questions:

My sense is that these four candidates remain in the race at least through March. No one is exiting soon.  If when delegates are again rewarded we see all of these candidates winning in the double-digits, it will be impossible for any of them to enter the convention with a majority. It may be too soon to discuss brokered convention but that is still a possibility and getting more real everyday.

No I do not think there is another candidate about to emerge. Money, organization, and time are against that. However, do look for a long campaign with no quick resolution in sight.